By Gary Werner, Executive Director of the Partnership for the National Trails System

Goals for “A Decade for the National Trails”

Goal 1: Increase public awareness of the National Trails System and its component trails so that it becomes well known to every citizen and community in the United States.
Goal 2: Complete and enhance the designated National Trails for public appreciation and enjoyment.
Goal 3: Build the capacity of the organizations and Federal agencies involved to better administer, manage, and sustain National Scenic, Historic, and Recreation Trails.

To help achieve Goal 1 to increase public awareness of the National Trails System, the PNTS (with support from our Federal agency partners) created and maintains a website—PNTS.org—providing information about the national scenic and historic trails and the agencies and organizations that develop, manage, and sustain them. In recent years social media has been used to regularly help a new cohort of people connect with the national scenic and historic trails.

Much has been accomplished since 2008 toward fulfilling Goal 2:completing the trails on the ground. Using the new recognition for the national scenic and historic trails in the land management planning of the Bureau of Land Management and the U.S Forest Service, the PNTS and a number of the individual national trail organizations have participated in the revising of those agencies’ plans. Significantly, the BLM prepared a new resource management plan for the public land between Casper and South Pass in Wyoming, including a protective management corridor several miles wide for the Oregon, California, Mormon Pioneer, and Pony Express National Historic Trails. The Forest Service is in the process of designating a similarly wide management corridor for the Pacific Crest National Scenic Trail through several national forests in California. The PNTS Advocacy and Policy Committee has been actively monitoring and engaging in these agencies’ land management planning initiatives since 2013. 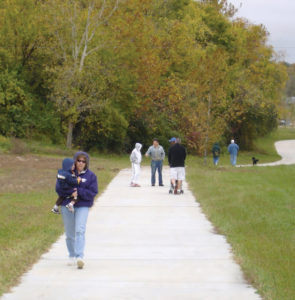 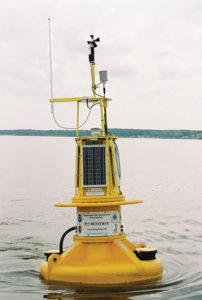 Considerable progress has also been made during the past decade toward making many of the national historic trails more visible on the ground and in the water and usable by recreationists. The Chesapeake Conservancy has been marking and interpreting the routes that Captain John Smith followed in the waters of Chesapeake Bay with the help of U.S. Coast Guard navigational buoys so that explorers of today can learn about that history of early European settlement of North America. In the Kansas City metro area, walkers and bicyclists can now follow the routes traveled by the emigrants along the Oregon and California and the traders along the Santa Fe National Historic Trails on sections of a developing Metropolitan Greenway System. Meanwhile, segments of the Ala Kahakai National Historic Trail have been opened for hiking along the shores of Hawaii, and of the Overmountain Victory National Historic Trail as it crosses the Appalachian Mountains, and of the Trail of Tears National Historic Trail across southern Illinois and in northern Missouri. This trend of making recreational components of the national historic trails will likely continue for many years to come.

During the Obama Administration, Interior Secretary Ken Salazar launched “America’s Great Outdoors” with several dozen public listening sessions throughout the country. Collectively, PNTS staff and trail organization leaders attended many of these sessions advocating for increased effort and funding to protect and develop the national scenic and historic trails.

One of the programs that resulted from “America’s Great Outdoors” was “Collaborative Landscape Planning.” This initiative encouraged the National Park Service, Bureau of Land Management, U.S. Fish & Wildlife Service, and the U.S. Forest Service to collaborate among themselves and with nongovernmental partners to focus their land acquisition with Land and Water Conservation Fund (LWCF) money in large conservation landscapes. During a meeting with the Department of the Interior administrator of this program, PNTS leaders asked if the National Trails System could qualify as a “large landscape.” His answer encouraged PNTS leaders and our agency partners to participate in this program.

Besides funding more than $60 million of important land acquisitions along national scenic and historic trails, the Collaborative Landscape Planning program has helped leaders of the Federal land managing agencies to appreciate these trails as a system of public lands, not unlike the National Park System or the National Wildlife Refuge System, rather than as just a collection of Congressionally authorized trails.

Fulfillment of Goal 3 has been pursued in several ways to strengthen the capacity of the public/private partnerships sustaining each of the national scenic and historic trails. While increasing its advocacy and policy work, the PNTS also continued to organize the series of biennial national trails conferences begun in 1988 to share information and strengthen the bonds of friendship within the National Trails community.

Beginning in 2008, training workshops were added to the repertoire in the intervening years between the conferences. These workshops, one each in each round for national scenic trails and for national historic trails, were focused on timely issues, challenges, and needs specific to those trails. Successful fundraising approaches, recruitment, training, and organization of volunteers, and ways to make nonprofit boards of directors more effective in securing greater recognition and resources for their organizations are among the topics addressed in these workshops. Best practices in whatever activity or program considered were shared among the workshop participants from organization to organization. 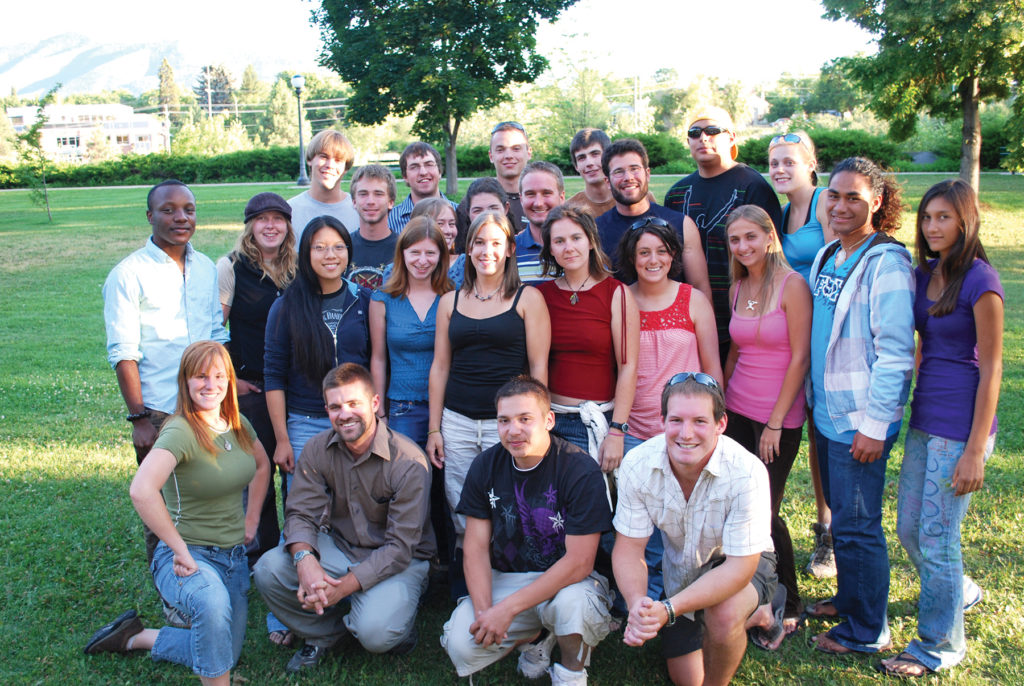 The Trail Apprentice group that attended the first conference in 2009 in Missoula, Montana. More than a hundred youths have participated since. (Photo courtesy PNTS)

Funding provided by the National Park Service, Bureau of Land Management, U.S. Forest Service, U.S. Fish & Wildlife Service, and the Federal Highway Administration has enabled the PNTS to bring youthful “Trail Apprentices” to each of the conferences and workshops since the 2009 Conference in Missoula, Montana. More than a hundred 18-25 year old “Trail Apprentices” have participated in one or more of eight scenic and historic trail workshops and four national conferences. Besides providing a youthful perspective to the topics discussed in these gatherings, a number of the Apprentices gave presentations on projects they had undertaken or otherwise reported on work they had done for their national trail. This has become a very popular program within the National Trails System community.

In 2016, monthly webinars were added to the services provided by the PNTS to the National Trails community. Webinar topics have included new ways to make volunteer programs more successful, youth engagement and community partnership strategies, trail corridor planning and design, and trail land acquisition best practices. These webinars have included staff and volunteers from the member trail organizations of the PNTS and Federal agency trail managers.

To help strengthen our capacity, the leaders of the PNTS undertook strategic planning from 2015 until early in 2017. The new Strategic Plan provides a blueprint for reinvigorating the collective efforts of leaders from among the national scenic and historic trails, for providing more services to the National Trails community, and for using the collective cachet of this community to attract more resources from the private sector to sustain the trails and the trail organizations.

In 2010, the National Trails community achieved one of the major objectives of Goal 3: collectively the trail organizations provided more than 1 million hours of volunteer service to help develop and maintain the 30 national scenic and historic trails. This milestone has been surpassed in each of the years since. Since the PNTS began tracking the volunteer contributions of the trail organizations in 1995 we have recorded and reported more than 17 million hours given through 2016 valued at more than $326 million.