On May 31, 2018, the Kansas City Area Transportation Authority (KCATA) joined with 3 Trails West, Inc. and the National Park Service (NPS) to dedicate the new 3-Trails Transit Center in Kansas City, MO and recognize the 50th anniversary of the National Trails System.

The transit center, a major hub of six bus routes, is about a quarter-mile southeast of the Independence Route of the Santa Fe, Oregon, and California national historic trails and is recognized by NPS as an official trailhead. It is also adjacent to the 47-mile 3-Trails Corridor Retracement Trail along the Independence Route, which has street signs in place and walkways under construction that will enable both drivers and hikers to retrace the path from Independence Landing in Sugar Creek, MO to Gardner, KS.

“Just as the pioneers headed west looking for new opportunities, this facility represents the connections we provide for people to connect to their modern-day opportunities,” said KCATA Chief Planning Officer Chuck Ferguson. 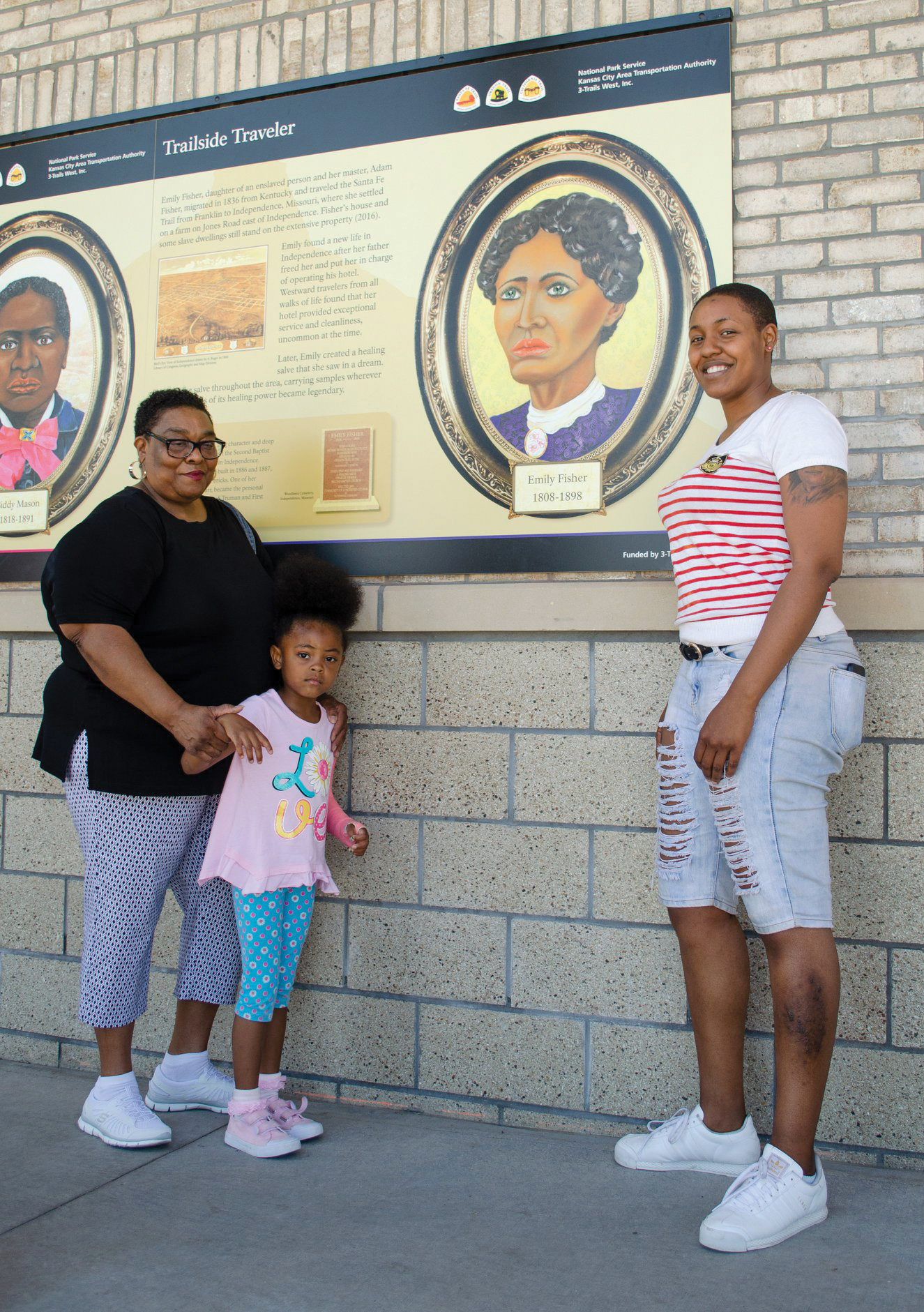 The new transit center is home to KCATA’s first smart digital kiosk. The kiosk is connected to the larger Citypost kiosk network with many features, including the ability to display up to the minute transit arrival times, area events and activities, retail advertising, and information about the historic trails. The transit center also has bike racks, park-and-ride spaces, and accessible ramps for riders with disabilities.

Two murals decorate both the north and south sides of the shelter. The north side features maps of the three national historic trails, a covered wagon passing by Chimney Rock, and the 3-Trails Corridor map, while the south side includes portraits and the inspiring stories of three African-American women whose lives were impacted by the trails.

“The decision was made to honor African American women because they have been neglected in history and because of the important role that women of many languages played in this national experience,” said Lou Austin, Director of 3 Trails West, Inc.

The three women, Clara Brown (c. 1800-1885), Emily Fisher (1808-1898), and Biddy Mason (1818-1891), were chosen because “each one has a story of struggle, triumph, freedom, forgiveness, love, and fruitfulness,” said artist Jeffrey Hall. Their stories inspired Hall to create a beautiful masterpiece that will be displayed for years to come.

“Most of us think of history as just stuff hanging on a wall, but today we are a part of what I call living history,” Austin said as he recognized Fisher’s relatives, who were among the nearly 100 people present. Fisher traveled from Kentucky and on the Santa Fe Trail to Independence, MO, where she operated her father’s hotel until it closed during the Civil War. Fisher’s hotel had a reputation for excellent service and cleanliness, which she took great pride in.