The Appalachian Trail Conservancy (ATC) has selected Suzanne Dixon as its new President and CEO, following Ron Tipton’s announcement to retire at the end of 2017. She begins her position on December 11, 2017, and will lead the organization in its mission to maintain, protect, and celebrate the Appalachian National Scenic Trail.

Dixon served key roles in the National Parks Conservation Association (NPCA), most recently as its Senior Director of Regional Operations in Texas, and she is also on the board of directors for the Waco Mammoth Foundation. Dixon is excited to step into the role that Tipton held since 2013 and be an “ambassador and collaborator” with communities along the trail to protect and celebrate its recreational, economic, and cultural significance.

“Her success in protecting the values of the National Parks, along with her expertise in fundraising, advocacy, and programmatic growth, will be a great asset for the ATC and the greater Appalachian Trail community,” said Sandra Marra, ATC board of directors chair.

Tipton, who has spent more than 40 years of his career as an advocate for public land preservation and national park protection, has been part of the advocacy and/or management teams of The Wilderness Society, National Audubon Society, World Wildlife Fund, and the National Parks Conservation Association. 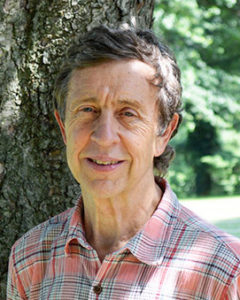 He began his career at the National Academy of Sciences and with the House Environment, Energy, and Natural Resources Subcommittee. He has also served as Senior Vice President for programs and policy at NPCA and been a member of numerous recreation and trails organizations.

His involvement with the Appalachian Trail began in the 1970s, and for the last four years he’s helped lead and grow the ATC by:

The Partnership for the National Trails System welcomes Dixon and thanks Tipton for his work with the ATC.