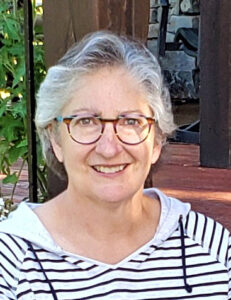 Deb grew up atop a hill along the Allegheny River in rural western Pennsylvania. The wooded and historic trails (Oil Region National Heritage Area) she often walked as a child led her to a 34-year career of public service “out West” (1985-2020). She has degrees in forestry and outdoor recreation management from Paul Smith’s College, NY and the University of Idaho. Her work adventures include 32 years with the Bureau of Land Management (BLM) and seasonal time with county, State, and national parks in Idaho, Montana, Arizona, and California. She ultimately moved “back East” to work in Washington, D.C., establishing the first-ever comprehensive National Trails System program and policies.

Deb did not seek a National Trails System career—it found her, through the trails, wilderness, and rivers of the West. In the early summer of 1985, she hopped aboard a Greyhound bus with just a backpack and headed to Idaho. Her first BLM job portfolio included the Oregon, California, Nez Perce, and Continental Divide NSHTs; wilderness study areas; sand dunes; volcanic buttes and lava flows; and 120 miles of the Snake River. The next summer, she worked summer backcountry patrol at Glacier National Park, MT in 1986, including an interpretive project near Marias pass on the Continental Divide NST.  During the winter of 1987 she worked for Harriman State Park, creating a trail brochure for Henry’s Lake State Park near West Yellowstone, ID (Nez Perce NHT) and performed visitor services, trumpeter swan counts, and cross country ski trail patrols.

She accepted a job offer, serving as the outdoor recreation planner for the BLM Idaho’s Medicine Lodge Resource Area, working with nine river outfitters and on a joint limits of acceptable change plan for the Snake River with the USFS. In early 1990, she accepted a supervisory position with Arizona BLM, overseeing the Aravaipa Canyon wilderness program and permit system; provided assistance to the Arizona NST trail planning team; performed recreation planning for the Gila Box Riparian NCA; and conducted land use planning and river suitability studies. 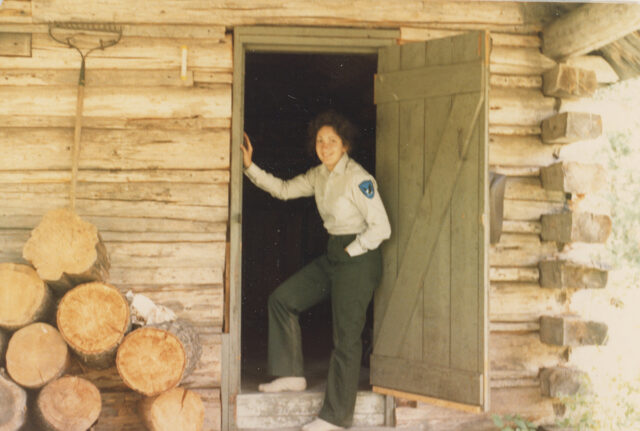 Deb rests at a backcountry patrol cabin after a long day of hiking with heavy loads at Glacier National Park, MT, in 1986.

Deb moved to Southern California in late 1993 and took a lead interpretive position with Riverside County Parks and Open Space District, managing a visitor center along the Santa Ana River and developed and led programs for busloads of school kids arriving daily from the surrounding Inland Empire. After a year, Deb was called back to the BLM in Palm Springs, CA, to manage 10 newly designated wilderness areas and seasonal crews in the California Desert to locate and document over 700 miles of wilderness boundaries and manage 400 points of access. She also worked through resource management challenges on the Pacific Crest NST and Juan Bautista de Anza NHT.

Deb Salt and the horse she rode to the top of Scalplock Mountain near the Continental Divide, Glacier National Park, MT in 1986.