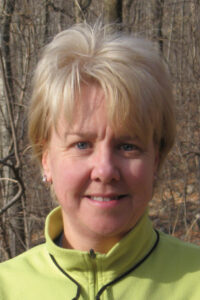 In fifth grade, Rita read the “Bears and I” by Robert Franklin Leslie — a story of a guy homesteading in Alaska and raising three abandoned bear cubs. She was hooked. “I will become a park ranger,” she told her Dad, who started on a letter writing campaign to find out what a ranger is and does. Rita wrote to the Secretary of the Interior and the Secretary of Agriculture (this was all prior to computers and the internet). She volunteered for local nature centers and found out about the Youth Conservation Corps (YCC), applied and was accepted for her first job when 16 years old. This opportunity provided Rita with her first experience backpacking on the Appalachian Trail (AT). A couple of years later she was working for the Appalachian Mountain Club (AMC) in the White Mountains of New Hampshire, and then became a Ridgerunner for the AMC in Connecticut and Massachusetts. Her favorite spot on the AT to this day is Upper Goose Pond.

Rita graduated from the University of Montana with a bachelor of science degree in recreation resource management, and a permanent position with the National Park Service. She started in Zion, Bryce, and then on to Rock Creek Park in Washington, D.C. She had all intentions of heading back west, and then met her husband, Sean. He wanted to stay in the greater D.C. area, and the only NPS site Rita wanted to work for was the Appalachian Trail. She scheduled a meeting with John Burns, the AT Park Superintendent, who had a staff of five. He explained how volunteers primarily work for the nonprofit of trails. Rita explained that she totally understood, and wanted to work for him one day. Long story, short, she was hired as a Recreation Specialist for the AT, and a few years later became the Deputy Superintendent. She worked on the AT for 18 years and created the Trail to Every Classroom program, training more than 300 teachers in place-based service learning and engaging thousands of students in trail activities. Rita became the NPS National Trails Lead in 2015 — the capstone to her career. She retired December 31, 2019. She and her husband, Sean, enjoy gardening and trail building at home in the Harpers Ferry, W.V. area.

“Thank you, Jaime, Deb and Gary, and congrats to all as we explore other adventures in our lives!” Rita said. 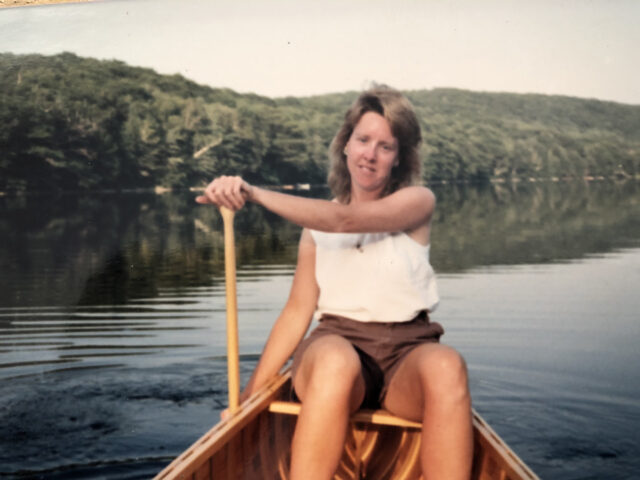 Rita Hennessy, who was an Appalachian Trail ridgerunner, canoes on her favorite spot at Upper Goose Pond in 1988.