Submitted by the Bureau of Land Management 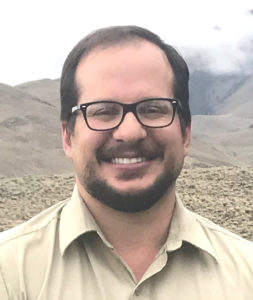 Dennis began his Federal agency career in 2007 as a Park Ranger in the National Park Service, and later worked in Cultural Resources Management, Interpretation and Visitor Services and Outdoor Recreation for the BLM and U.S. Forest Service. At different times, he served as the Director of the USFS-managed Hudson-Meng Education and Research Center and the USFS-managed National Grasslands Visitor Center. Most recently before coming to the NHTIC, Dennis was a District Ranger for the Middle Fork Ranger District of the Salmon-Challis National Forest in Idaho. He has a B.A. from Colby College in Waterville, Maine, Master’s degrees from the Universities of Iowa and Nebraska, and a J.D. from the University of Kansas School of Law.

Dennis and his wife, Katy, who is a BLM Outdoor Recreation Planner, live in Casper, WY with their three children and two Gordon Setters. At home, he enjoys the outdoors, reading and spending time with his dogs, friends, and family.