Brown Chapel Is Awarded $1.3 Million by NPS for Restoration 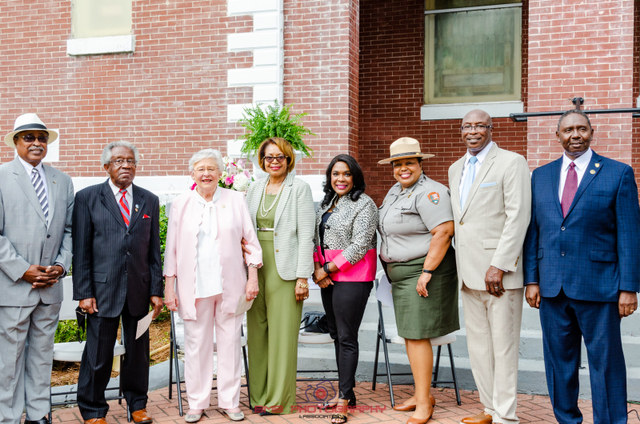 Still a functioning church today, Brown Chapel stands at the Western terminus of the Selma to Montgomery National Historic Trail as a monument to the sacrifices made by protestors to ensure equal voting rights under the law. It was here that the march from Selma, Alabama to the State capital of Montgomery began on March 7, 1965, led by a 25-year-old future Congressman named John Lewis. Famously, the crowd of 600 peaceful protestors was turned back at Edmund Pettus Bridge by State troopers wielding billy clubs and tear gas. And it was to Brown Chapel that some protestors returned after the harrowing scenes of violence that transpired that day that came to be known as “Bloody Sunday.”

A second attempt at the march from Selma to Montgomery took place on March 9 and, on the third attempt which departed from Brown Chapel on March 21, this time under the protection of the National Guard, a crowd that included Dr. Martin Luther King, Jr. began to march. By March 25 the crowd grew to an estimated 25,000 protestors or more. This group of pacifist demonstrators made it to the steps of the Alabama State Capitol 54 miles away after four days of marching.

Juanda Maxwell is a member of the Brown Chapel Congregation. She played an instrumental role in helping the church establish a nonprofit foundation in 2009 so that they could apply for grant funding to preserve the historic structure originally erected in 1908 and added to the National Register of Historic Places in 1982.

Maxwell says that the nation “had to come to grips” with the violence they saw unfold on Bloody Sunday and the visceral nature of the imagery from that day. “From there, literally months later, President Lyndon Baines Johnson signed the Voting Rights Act…So out of tragedy sprung something good,” says Maxwell. 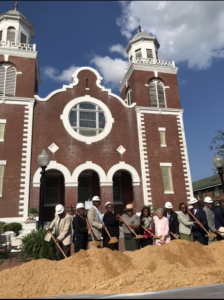 Over the 110-plus years the Chapel has been standing, it has experienced wear and tear as a result of termites, leaving the roof destabilized and the balconies unsafe. There is also severe water damage to the structure due to leaks in the roof and windows. Since 2016, the church applied for and received three separate grants totaling $1.3 million from the National Park Service (NPS) to repair the Chapel through the African American Civil Rights Grant program, established that same year to “document, interpret, and preserve the sites related to the African American struggle to gain equal rights as citizens.” Congress set aside $15 million for this program managed by the NPS for the 2021 fiscal year.

On Wednesday, June 23, a groundbreaking ceremony at Brown Chapel marked the beginning of the much-needed repair project. In attendance were NPS Superintendent of the Selma to Montgomery National Historic Trail Dr. Joy G. Kinard, Congresswoman Terry A. Sewell, who is a member of the Brown Chapel congregation, and Alabama Governor Kay Ivy. Says Maxwell of the ceremony, “It was a joyous occasion of anticipation of something so great, because Brown Chapel is just such a tremendous part of history.”

The first round of funding will help make structural repairs to the Chapel’s roof and cupolas, however Maxwell says that the congregation is only about halfway to raising the total funds needed to restore the landmark to its original luster. “We ask for continued prayers and help because the damage we found is so much worse than we thought,” she says.

Donate to help with the restoration of Historic Brown Chapel at: www.brownchapelamechurchfoundation.org