By Jody Couser, Director of Communications of the Chesapeake Conservancy 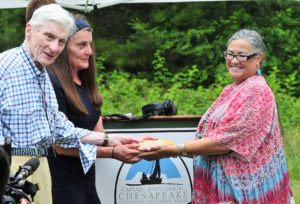 Senator John Warner and his daughter, Ms. Virginia Warner, offer Chief Anne Richardson of the Rappahannock Tribe a piece of Fones Cliffs as a symbol of the transfer of the property.
(Photo courtesy Peter Turcik)

Working with the Chesapeake Conservancy, Ms. Warner donated to the tribe nearly an acre of land on Carters Wharf Road in Warsaw, Virginia, which is located near a public boat landing at Fones Cliffs along the Rappahannock River.

The tribe will use this land as a staging area for its Return to the River program, an effort to engage tribal youth in the traditions of their ancestors that were practiced there for thousands of years and in traditional water-related activities, such as canoeing, fishing, and camping. The Chesapeake Conservancy also donated a canoe to the tribe for this program.

This parcel of land allows the Rappahannock Tribe to access the Captain John Smith Chesapeake National Historic Trail, which is within walking distance of the Carters Wharf Landing public access site. The property is located just behind Fones Cliff, an area of cultural significance for the trail.

According to the journals of Captain John Smith, Fones Cliffs on the Rappahannock was the home of three American Indian towns and bore witness to an encounter between the Rappahannock Tribe and the Englishmen aboard Smith’s shallop. The area remains in pristine condition, but is currently threatened by development.

“This is a momentous day for the Rappahannock Tribe. We are very grateful to Ms. Virginia Warner and the Chesapeake Conservancy for making this possible. This land donation is deeply meaningful for our Return to the River program and will have far reaching impacts for our tribe for generations to come,” Chief Anne Richardson said. 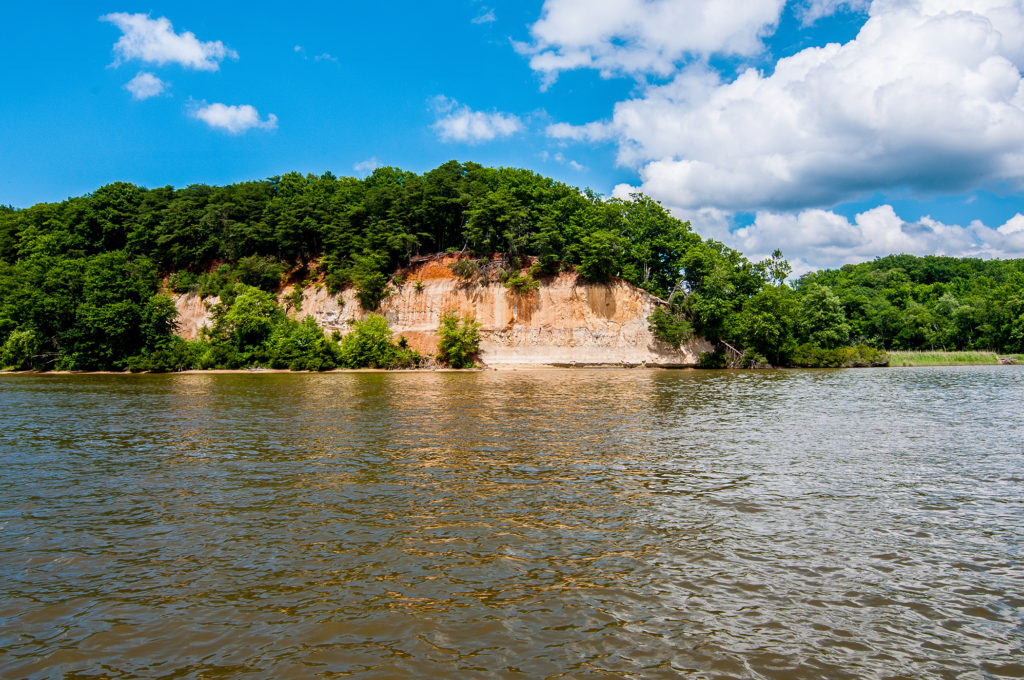 Above: One of the few pristine areas in the Chesapeake, Fones Cliff is a place that Captain John Smith and the American Indians of the 17th century could still recognize 400 years later. (Photo courtesy Peter Turcik)