by Rizzoli International Publications, Inc.
Adapted from a 2018 news release 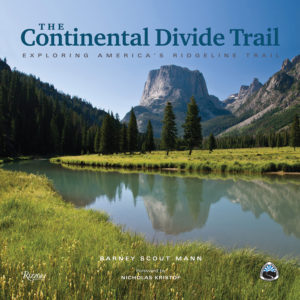 This beautifully produced volume makes accessible the highest and most remote of the Triple Crown trails, following the Rocky Mountains from Mexico to Canada along the Continental Divide Trail (CDT), the backbone of America. While untold thousands of day hikers take advantage of the CDT each year, thru-hiking the entire trail is not for the faint-hearted. In 2017, only 250 people attempted to hike it end-to-end. 2018 marks the 40th anniversary of the CDT’s designation as a national scenic trail.

With text by Barney Scout Mann, who has thru-hiked all three Triple Crown trails, and a foreword by two-time Pulitzer Prize-Winning New York Times columnist Nicholas Kristof, this book makes the trail come alive for both veteran hikers and armchair travelers alike.