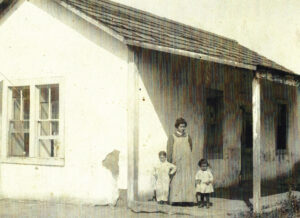 The National Trust for Historic Preservation (NTHP) has announced its Most Endangered Places List for 2021 and, out of 11 sites included this year, it includes important sites on two existing, and one proposed, National Historic Trails (NHTs): the Selma to Montgomery NHT, and Old Spanish NHT, and the proposed Route 66 NHT. This is the 34th year that NTHP has put out such a list and, of the over 300 sites listed in that time, 95 percent are still preserved—a remarkable record of success for the program. Below you will find the NTHP’s short descriptions of the three sites that are on existing or proposed NHTs.

Constructed in 1862 by the Trujillo (pronounced true-HEE-yo) family, and today the oldest known building in Riverside, the Trujillo Adobe (pictured above) tells the story of migration and settlement in inland southern California. Lorenzo Trujillo, who originally settled in the area when it was still part of Mexico, was a Genízaro—one of many Native Americans who were captured, sometimes held in slavery, sometimes baptized and raised by Spanish colonists. Trujillo led many expeditions as a scout across the Old Spanish Trail, enabling immigrants to settle inland California, and his home became the beating heart of a community known as La Placita de los Trujillos, Spanish Town, and Agua Mansa.

The Adobe is now deteriorated and fragile, protected only by a wooden structure (also in need of repair) that hides the Adobe from view. Local advocates hope to transform the Adobe into a cultural and educational site to recognize and take pride in the multiple cultures that shaped and continue to define the region. 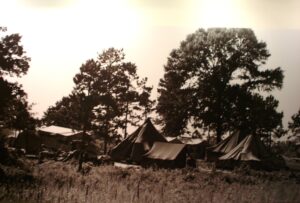 In March 1965, as thousands of Civil Rights demonstrators marched from Selma to Montgomery to campaign for full voting rights, three African American farm owners along the 54-mile route courageously offered their properties as overnight camp sites for the marchers, including Dr. Martin Luther King, Jr., Coretta Scott King, and Congressman John Lewis. These families are among those who Dr. King called the “ordinary people with extraordinary vision” as they risked their lives in support of the Civil Rights movement.

Today, several of these sites—the David Hall Farm and Robert Gardner Farm—are still proudly owned by the same families and are situated along the Selma to Montgomery National Historic Trail, but their incredible stories remain largely untold. Many of the farm properties now need stabilization, repair, and interpretation to expand the narrative of this significant landscape in Civil Rights history and share the stories of these families, whose tremendous bravery helped to change American history.

The entrepreneurial Threatt (pronounced THREET) family first sold produce from their 150-acre family farm outside Luther, Oklahoma, in the early 1900s, and over time expanded their offerings to include a filling station (built in 1915), ballfield, outdoor stage, and bar. The filling station was the only known Black-owned and -operated gas station along Route 66 during the Jim Crow era, making it a safe haven for Black travelers. The farm also reportedly provided refuge to Black Oklahomans displaced by the 1921 Tulsa Race Massacre.

The Threatt family still proudly owns the property and envisions revitalizing this site in time for the 2026 Centennial of Route 66, starting Route 66’s second century off with a more representative narrative of the legendary “Mother Road.” But they need partners and financial support to fully restore the filling station and bar and do justice to its stories of Black entrepreneurship and travel.

See NTHP’s List of the 11 Most Endangered Places in America here.