America’s rich tapestry of national scenic and historic trails provides immersive opportunities to learn about the country’s extraordinary story and experience its diverse and breathtaking landscapes in unforgettable ways. Now, a new multiuse pathway intersects a dozen of these iconic national treasures on a developing route spanning more than 3,700 miles between Washington, D.C. and Washington State.

The Great American Rail-Trail’s own unique journey through 12 States and the District of Columbia, combined with its ties to both national scenic and historic trails, offers an enriching and meaningful lens through which to see the country. The Rails-to-Trails Conservancy (RTC) has envisioned a cross-country trail since the late 1980s as it tracked rail-trails being developed east to west along the same course charted by the railroads a century ago. Today, existing trails comprise more than 52% of the Great American’s preferred route, and RTC is spearheading efforts to close the remaining gaps, an endeavor which may take as many as two decades. 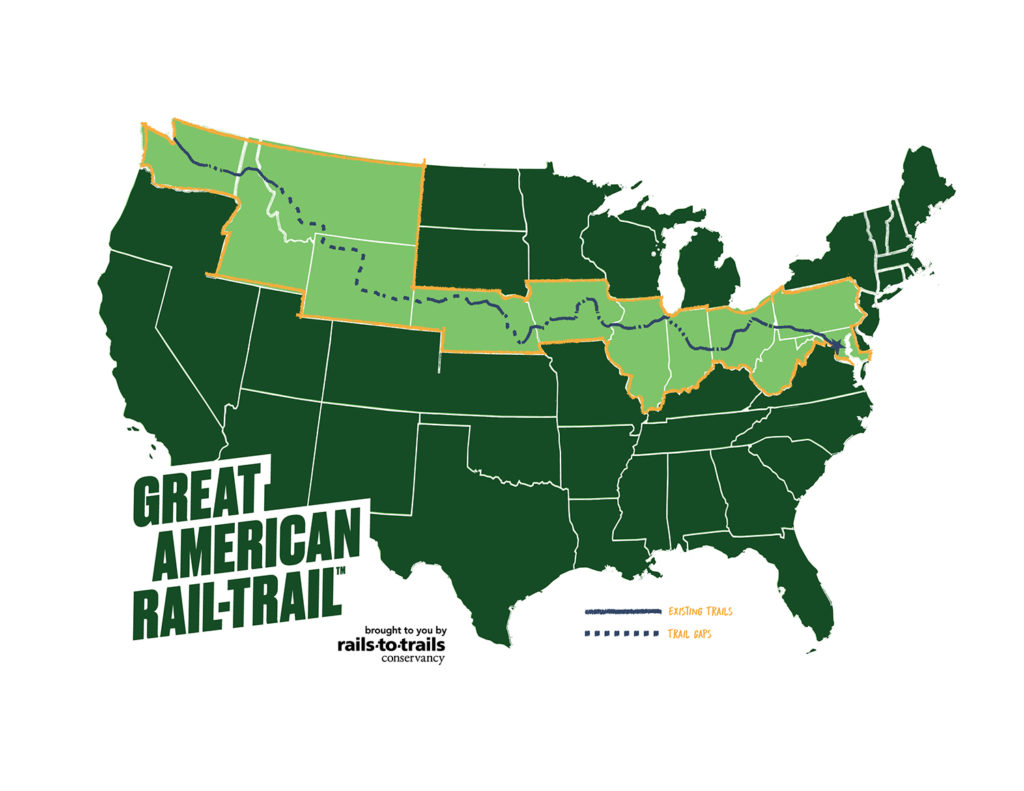 The Great American Rail-Trail starting point in the east is at the steps of the U.S. Capitol, and from there it travels along the National Mall. The Star-Spangled Banner Trail, a 560-mile route connecting sites in Washington, D.C., Virginia, and Maryland, provides access to these same patriotic touchstones and commemorates historical events leading up to the birth of our National Anthem. 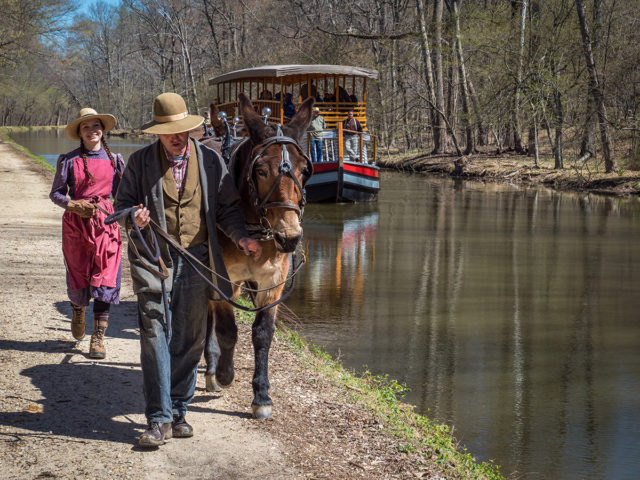 Stretching from New Hampshire to Virginia, the Washington-Rochambeau route commemorates the troop movements of the joint forces of the Continental Army and the French Army during the Revolutionary War. In Washington, D.C., it crosses the Chesapeake and Ohio Canal National Historical Park, a featured pathway in the Great American Rail-Trail. Traversing the park is a 184.5-mile towpath along which hundreds of 19th-century structures can be seen, including canal locks, lock houses, and aqueducts.

Established in 1968, the Appalachian Trail is one of the granddaddies of long-distance hiking trails. Spanning some 2,100 miles from Georgia to Maine, a short section overlaps with the Great American Rail-Trail in Maryland. The junction is along the Chesapeake and Ohio Canal National Historical Park across the Potomac River from the historic town of Harpers Ferry.

The Potomac Heritage Trail is steeped in American history, following routes once traveled by George Washington and passing by his Mount Vernon estate. Portions of the route align with the Chesapeake and Ohio Canal National Historical Park and the Great Allegheny Passage, which together allow travelers to go between D.C. and Pittsburgh as part of the Great American Rail-Trail experience.

At a whopping 4,600 miles, the North Country Trail is the longest national scenic trail, crossing eight States from Vermont to North Dakota. In Ohio, it aligns with the Great American Rail-Trail twice. On the eastern half of the State, both routes utilize the Zoar Valley Trail. On the western half of the Buckeye State, both routes follow the Mad River Trail and Great Miami River Trail through vibrant Dayton.

Commemorating the famed Lewis and Clark Expedition, the eponymous trail touches 16 States. Along the way, there are several points near the historic pathway and the Great American Rail-Trail, including the Lewis and Clark Landing park in Omaha, NE, and the Western Historic Trails Center in Council Bluffs, IA. The two cities are linked across the Missouri River by the Bob Kerrey Pedestrian Bridge.

In Casper, WY, the Great American Rail-Trail overlaps with a nexus of national historic trails: the California, Mormon, Oregon, and Pony Express routes. The city offers the beautiful Platte River Trail, which heads past the Fort Caspar Museum—a trading post once visited by pioneers—and near the National Historic Trails Interpretive Center. 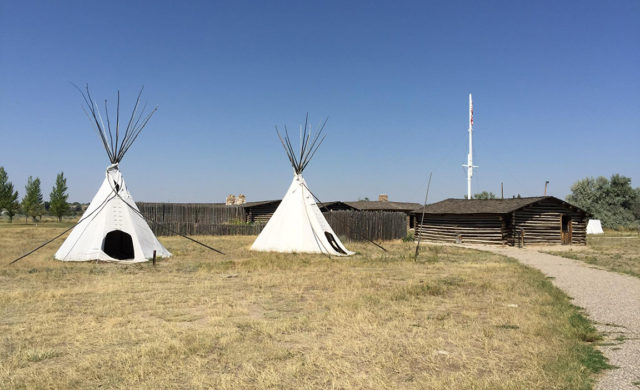 The Continental Divide Trail provides a backcountry experience tracing the Rocky Mountains from Canada to Mexico. Nestled in one of the many national forests along the route, it meets the Great American Rail-Trail at Pipestone Pass, south of Butte, MT. From there, the Great American follows a former Milwaukee Railroad corridor through Thompson Park, offering a true rail-trail experience with two tunnels and a stunning trestle bridge.

Extending more than 2,600 miles, the Pacific Crest Trail spans the country north-south through Washington, Oregon, and California. Tucked into the Cascade Range, the route crosses the Palouse to Cascades State Park Trail near Snoqualmie Pass. The Palouse to Cascades State Park Trail, a component of the Great American Rail-Trail, travels more than 200 miles across Washington, providing up-close views of some of the State’s best scenery.