The National Park Service provided the following highlights for the Lewis and Clark NHT during the 2021 calendar year: 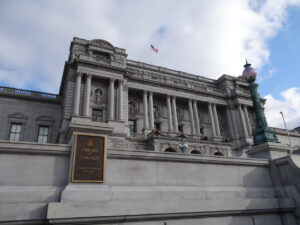 This year marks the beginning of a beautiful friendship, also known as an Interagency Agreement, between the Trail and the Library of Congress Federal Research Division (FRD). Over the next two years we will collaborate to research and update the Lolo Trail National Historic Landmark (NHL) to better reflect the history of Indigenous peoples that called the area home for untold centuries before and after Lewis and Clark. 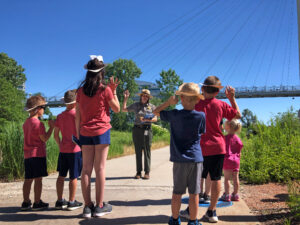 A Park Ranger swears in a group of Junior Rangers at the Lewis and Clark Trail Headquarters in Omaha, NE. Photo courtesy NPS.

The Lewis and Clark Trail Junior Ranger program is now available at more than 30 locations in 13 states across the country. To earn a Junior Ranger badge, kids work on an activity book that engages them where they are and connects them to the national Lewis and Clark Expedition story. To make the program relevant to sites along all 4,900 miles of trail, planning and community input were essential.

We asked a small group of National Park Service interpreters with tribal affiliations for general input. We asked ourselves: Who is our audience? How will needs vary across multiple public land agencies, state parks, county parks, tribal heritage centers, and museums? What are we hoping to accomplish? And finally, what are our key messages?

Next, we created a “book map,” which assigned key messages and activities to each booklet spread. This rough outline streamlined review and prevented big late-stage changes undoing graphic design and illustration efforts. Trail staff wrote and designed the booklet in-house.

Ten locations across the trail served as test pilots to review and provide feedback on the Lewis and Clark Trail Junior Ranger activity booklet’s first draft.

The Lewis and Clark Trail Junior Ranger program launched on National Trails Day 2021. Participants and host sites have reported high engagement. As kids fill-in-the-blanks, they’re learning about tribal homelands. As they decode messages, they’re seeing expedition members’ diverse backgrounds and skills. This innovative, accessible program is showing kids that the Lewis and Clark Trail story is for everyone—just as we planned. 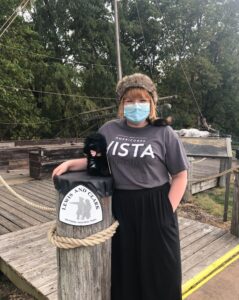 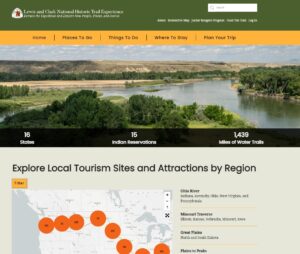 As travelers seek out more authentic ways to connect with people and places, the Lewis and Clark National Historic Trail unveils the ultimate trip-planning website, lewisandclark.travel. It is designed to help visitors learn more about the host communities, local businesses and attractions located along the 4,900-mile trail which runs from Pittsburgh, Pennsylvania to the Pacific Ocean. Through the website’s itineraries, travelers can plan themed trips and locate recommendations for lodging, historic places, sustainable communities, natural areas, and tribal lands.

The newly launched website, which has been created through a Geotourism Stewardship Program overseen by the National Park Service (NPS), brings together many tourism partners at local, state, and national levels along the Trail. Geotourism is tourism that sustains or enhances the geographic character of a place, its environment, culture, aesthetics, heritage, and the well-being of its residents. Geotourism encompasses a range of travel including culture and heritage, history, food, nature, adventure, the outdoors, water, music, and arts. 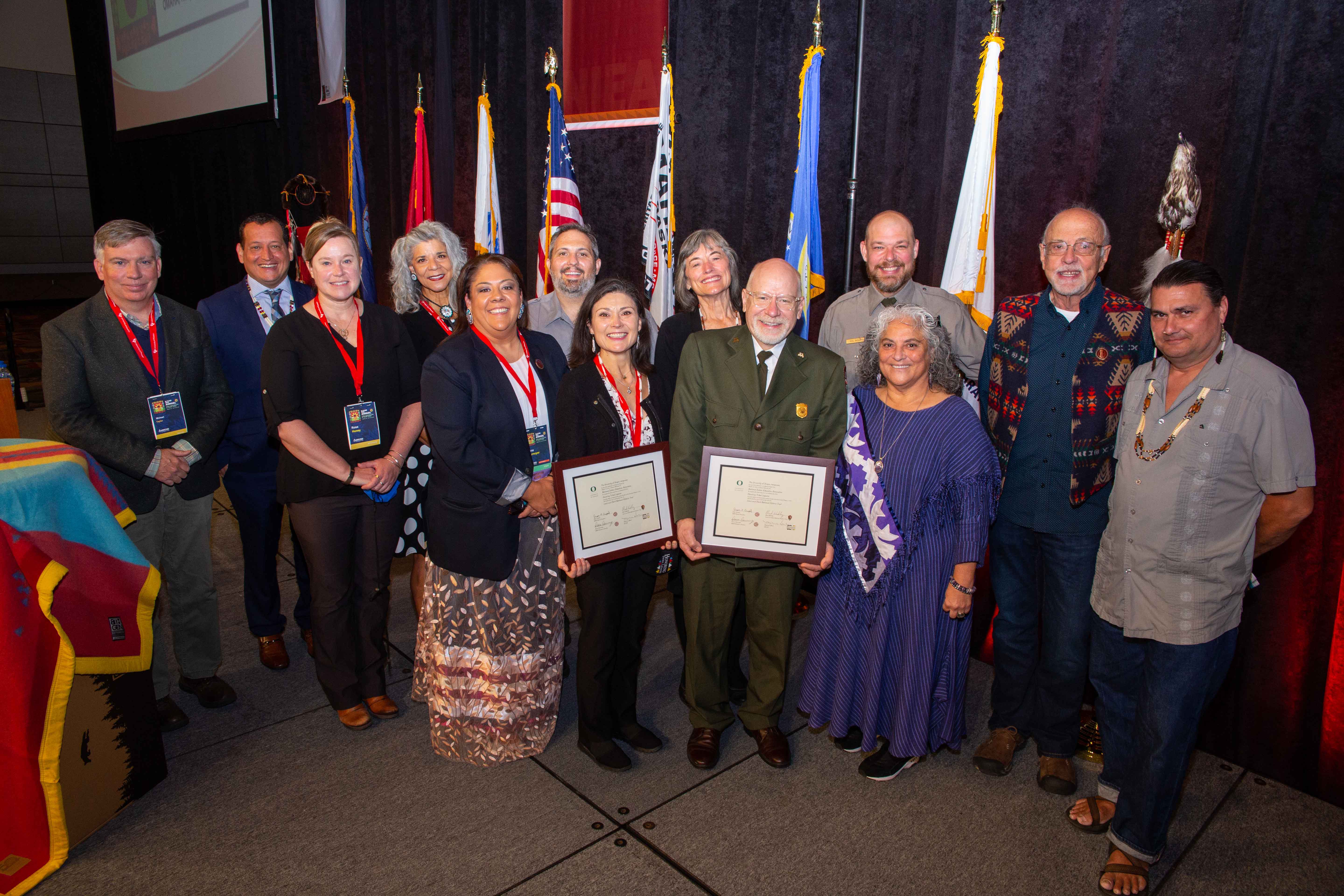 This has been a banner year for Honoring Tribal Legacies. The program was developed in the years following the Lewis and Clark Bicentennial, and has culminated with a two-volume handbook, primary source materials, and 21 units of curriculum for K-12 classrooms. In collaboration with University of Oregon, these units span all academic areas of study, and exemplify the inclusion of indigenous perspectives in curriculum. Now, the Trail is passing the baton to a new organization who can expand the program to include indigenous tribes and perspectives from all 50 states and territories. 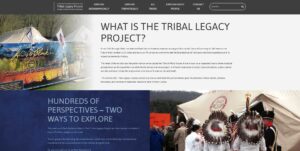 From 2003 through 2006, the National Park Service hosted a national touring exhibit called Corps of Discovery II: 200 Years to the Future that traveled to 22 states and set up at 95 venues to commemorate the Bicentennial of the Lewis and Clark expedition and its impact on American history.

The heart of the exhibit was the performance venue called the Tent of Many Voices. It was known as a respected forum where multiple perspectives on the Expedition could be freely shared and encouraged.

The Tribal presentation clips of the Tent of Many Voices were archived on the Tribal Legacy Project website, lc-triballegacy.org. It has served to preserve and share the presentations given by American Indian elders, scholars, historians, and community members inside the Tent of Many Voices. In 2021, Trail staff oversaw a contract to redesign and update the website because the video format was no longer supported. Video clips were converted to mp4 and captions were added. The new design and functionality will help keep this valuable collection open for teachers, historians and the public for years to come.

Yet, there are many more presentations from the Tent of Many Voices that are archived and currently not easily accessible to the public. To remedy that, the Trail has also completed the first phase of a multi-stage plan. In 2021, utilizing a contract, nearly 600 archival DVDs of recordings were converted to mp4 format in order to begin organizing it and, eventually, making them accessible to all.