Lilienthal is the first person to complete the “Revolutionary Ride” 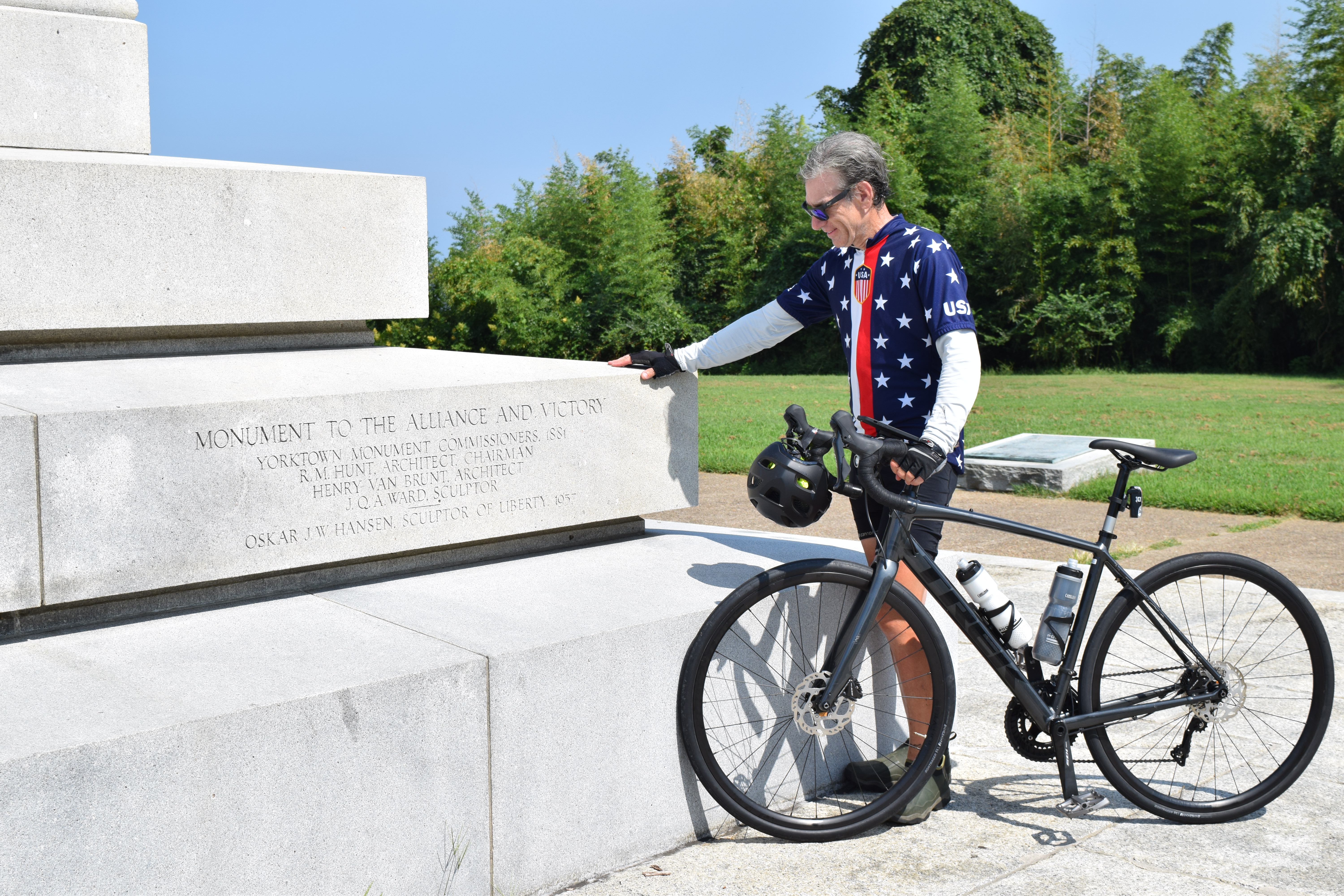 Biking the Trail was no simple feat. At 680 miles, the W3RNHT includes the land and water corridors that follow the routes taken by American and French armies under the commands of General Washington and Comte de Rochambeau to and from the siege of Yorktown, a pivotal event in the American Revolutionary War. The trail traverses nine States: Massachusetts, Rhode Island, Connecticut, New York, New Jersey, Pennsylvania, Delaware, Maryland and Virginia, plus the District of Columbia. Though the Trail is 680 miles in length, his actual journey took him on a distance of over 800 miles. Lilienthal also kayaked areas of the Trail to commemorate the water crossing of French and Continental troops.

“This journey has been a passion of mine, wanting to encourage people to learn more about the history of the Trail and living a healthy lifestyle,” said Lilienthal. “I travelled a full 800 miles, visited nine States and the District of Columbia, and just met incredible people at every stop I made.”

On August 14, Lilienthal began his two-week ride in Newport, Rhode Island. His most notable stops were Morristown National Historical Park, where Superintendent Tom Ross, staff, and volunteers welcomed him to the park. He also stopped in the Village of Brandywine, in Wilmington, Delaware, where he performed a bike clinic and led about 30 inner city youth on a ride.

The tour certainly had its setbacks. On the day he departed Newport, Lilienthal’s support van experienced a mechanical breakdown and his team had to revert to a rental truck. On the night of August 22, the rental truck, containing virtually everything needed to complete the trip, was stolen from the hotel parking lot. When most would have taken that as a sign to give up, Lilienthal took it as a challenge, bought a new bicycle, rented another car, and got back on the road. This is a testament to his patience, dedication and determination.

This ride was challenging in countless ways and, for that, we are extremely grateful that Sal had the strength and passion to complete it,” said Trail Administrator Johnny Carawan. “By completing this ride, Sal has brought awareness to our Trail and its significant role in our nation’s history. Not to mention, he now has the distinction of being the first person to bike and kayak the entire length of the Trail!”

This story first appeared on the NPS W3RUS website at nps.gov/waro/learn/news/lilienthal.htm