by Partnership for the National Trails System
Adapted from news releases 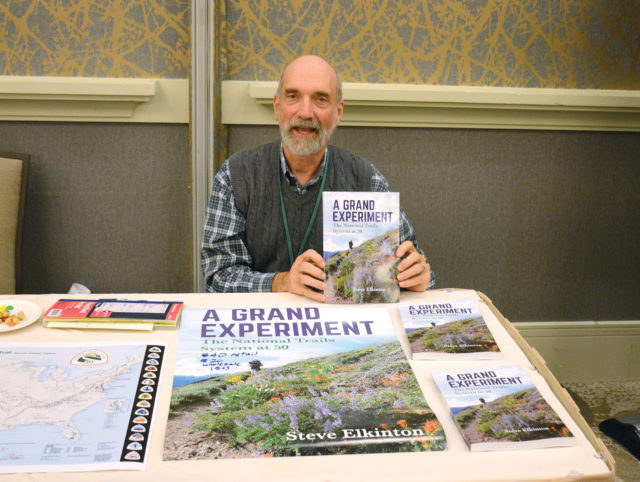 Steve Elkinton, author of “A Grand Experiment—The National Trails System at 50,” has been selling his book around the country and promoting the PNTS. Photo Credit: Samantha Haas.

Learn how the concept of a National Trails System came about, how it became part of Federal law more than 50 years ago, and how the system has grown and evolved in the five decades since. What started as two iconic national scenic trails (the Appalachian and Pacific Crest) has grown into a nationwide network touching all 50 States in five different types of trail.

Who were the individuals that helped it come alive? How did the system weather changes in the national political climate? Are the issues that faced early trail planners the same that face all of us today?

The book, published by Palmetto Press in 2018, the 50th anniversary of the National Trails System, is available from the author for $40 retail or $20 wholesale (in orders of five or more).  Once publishing expenses are paid, all surplus royalties will be contributed to the Partnership for the National Trails System. For copies, contact the author at elksteve50@gmail.com.