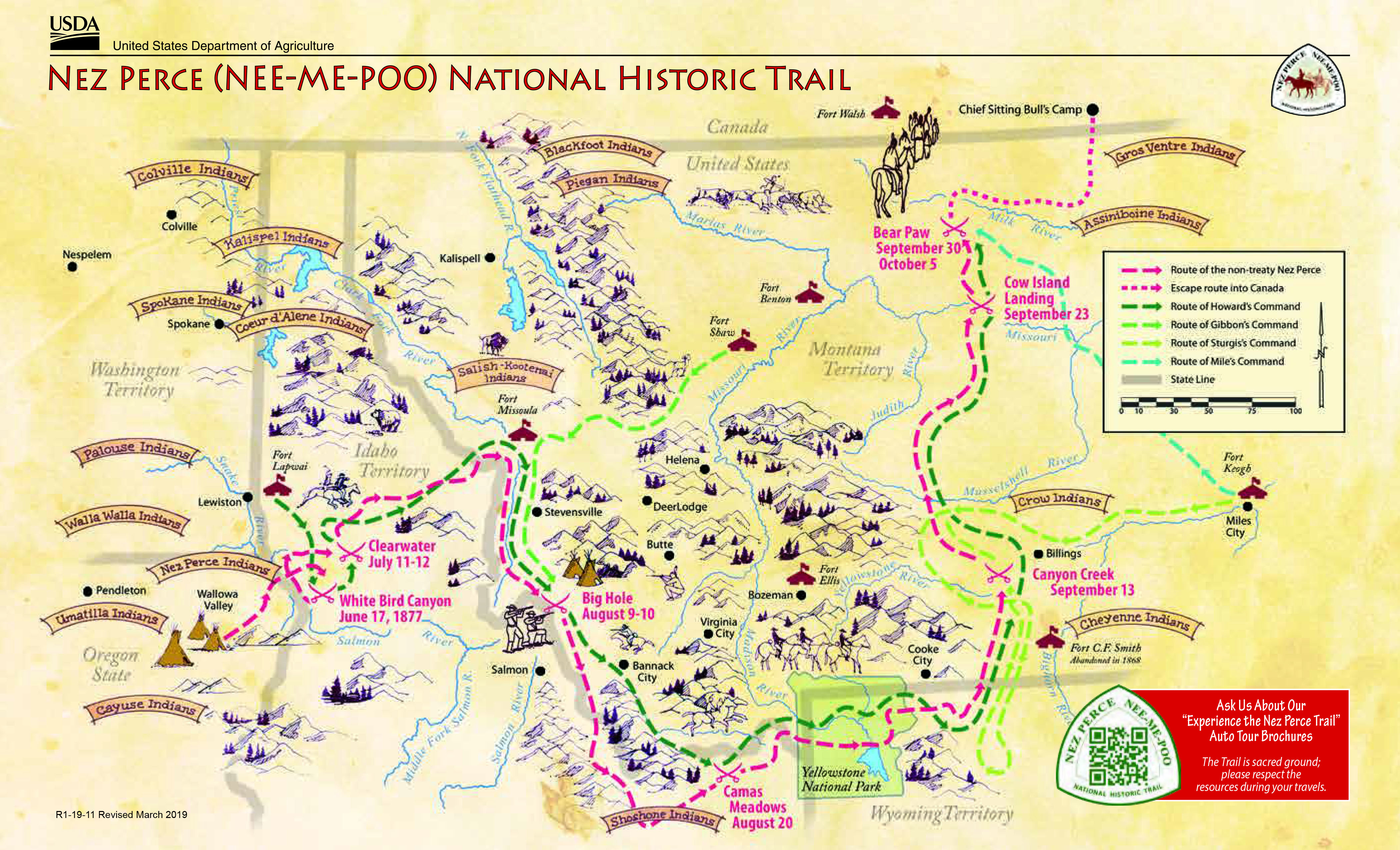 The 1877, the Nez Perce people were forced to flee from their homelands near Lake Wallowa, Oregon as they were pursued by U.S. Army Generals Howard, Sturgis, and Miles. Chief Joseph, Chief Looking Glass, Chief White Bird, Chief Ollokot, Chief Lean Elk, and others led nearly 750 Nez Perce men, women, and children and twice that many horses over 1,170 miles through the mountains, on a trip that lasted from June to October of 1877 on what is now the Nez Perce Trail.

The Nez Perce National Historic Trail begins in the ancestral homelands of the Nez Perce people in the Wallowa Valley of Oregon, travels through modern day Idaho, into Yellowstone National park in the northwest corner of Wyoming, then northward through Montana toward the Canadian border.