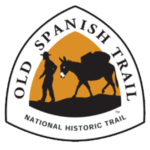 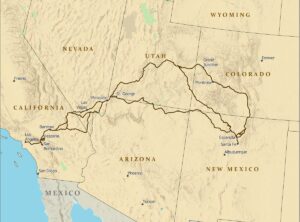 Mexican trader Antonio Armijo led the first commercial caravan between Abiquiú, New Mexico and Los Angeles, California in 1829. Versions of this route were then used by traders and settlers in the region for the next two decades on what eventually came to be known as the Old Spanish Trail. After the U.S. took control of the Southwest in 1848 other trade routes including the Santa Fe and El Camino Real de Tierra Adentro Trails emerged, leading to a decline in the use of the Old Spanish Trail.