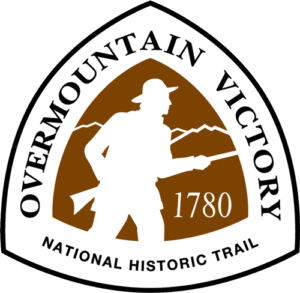 Map of the OVNHT courtesy NPS.

The Overmountain Victory National Historic Trail traces the route used by the patriot militia during the pivotal Kings Mountain campaign of 1780, which led to a turn in the tide in favor of American forces during the American Revolutionary War.