By RG Absher, President of the Overmountain Victory Trail Association

The Overmountain Victory Trail Association (OVTA) has two principal missions: Protecting and preserving the physical Overmountain Victory National Historic Trail (OVNHT) and telling the story of the historic campaign to the Battle of Kings Mountain. We are in an exciting era. 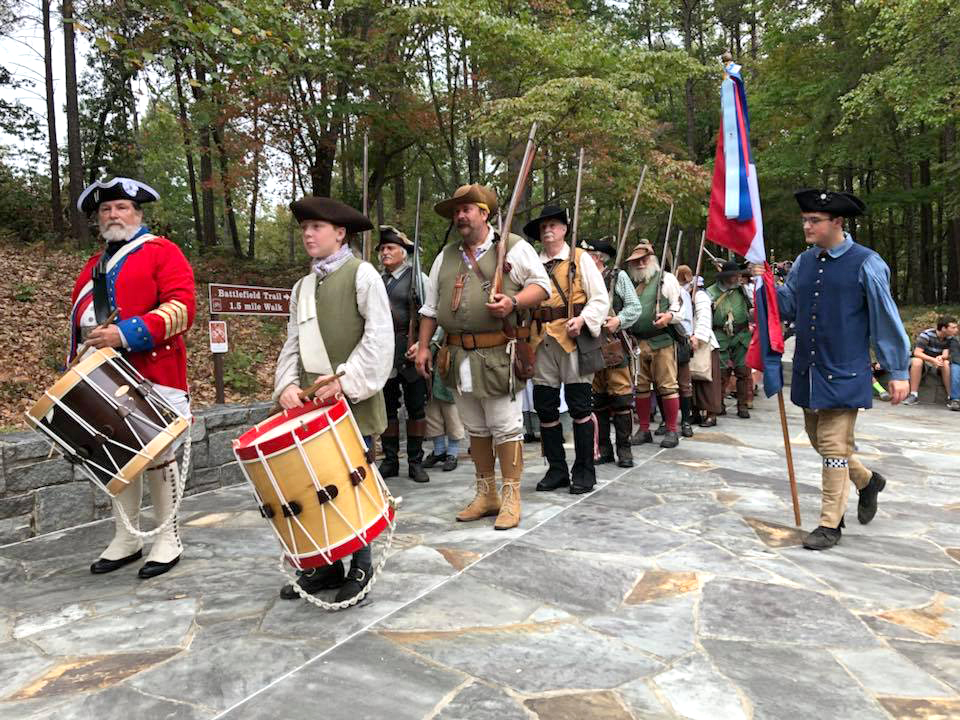 The OVTA is in a very successful cooperative agreement with the National Park Service (NPS) to “Tell the Story” throughout the year, especially during its Annual March from Abingdon, Virginia to Kings Mountain, South Carolina each year from mid-September to mid-October.
The OVTA has been doing the Annual March since 1975, and this year the organization achieved interpretive outreach to over 15,000 students, teachers, and members of the public from September 14 to October 17.

The large commemorative reenactment march marks the historic march by Overmountain Patriot Militia forces to the American Revolutionary War Battle of Kings Mountain, which took place on October 7, 1780. The Annual March is one of the largest annual National Historic Trail reenactments of its type in the United States. The event spans over three weeks and passes through over 30 communities and portions of Virginia, Tennessee, North Carolina, and South Carolina.

This effort, which continues to grow stronger each year, has also been funded in part from the National Park Foundation Grant “Every Kid in a Park.” It is also supported by a huge volunteer base of OVTA historic reenactors and a strong amount of community partnerships along the 330-mile trail corridor. 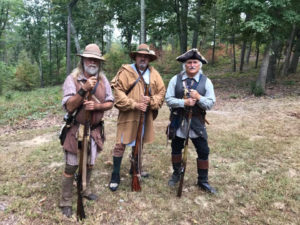 The OVTA is also working with the NPS and with local corridor communities to complete master plans for expanding on-the-ground sections of trail. This work continues to build from the current successes of several master plans already completed along the trail corridor.
Public support along the trail has increased awareness and the number of NPS certified sites, wayside exhibits, visitors centers, and trail centers which contain exhibits and a trail presence in the various communities.

The OVTA sees a bright future ahead for the partnerships along the OVNHT. We are pleased to work with the NPS and the numerous trail groups to achieve the objectives which are under our mission of protecting the trail and “Keeping the Story Alive.” We like to echo the Overmountain Men’s “huzzah” for all the volunteers, community support, and partnerships taking place up and down the trail.