On June 5, 2018, the U.S. House of Representatives passed the North Country National Scenic Trail Route Adjustment Act (H.R.1026), legislation that will change the official route of the North Country National Scenic Trail (NCT) in northeastern Minnesota and extend the eastern terminus of the trail to connect with the Appalachian Trail in Vermont. This long sought-after legislation will add the lakeshore views of the Superior Hiking Trail, the remote wilderness of the Border Route and Kekekabic Trails in Minnesota, and a section of the beloved Long Trail in Vermont to the route of the NCT. As we celebrate the 50th Anniversary of the National Trails System Act this year, there is no better time to make this dream a reality. 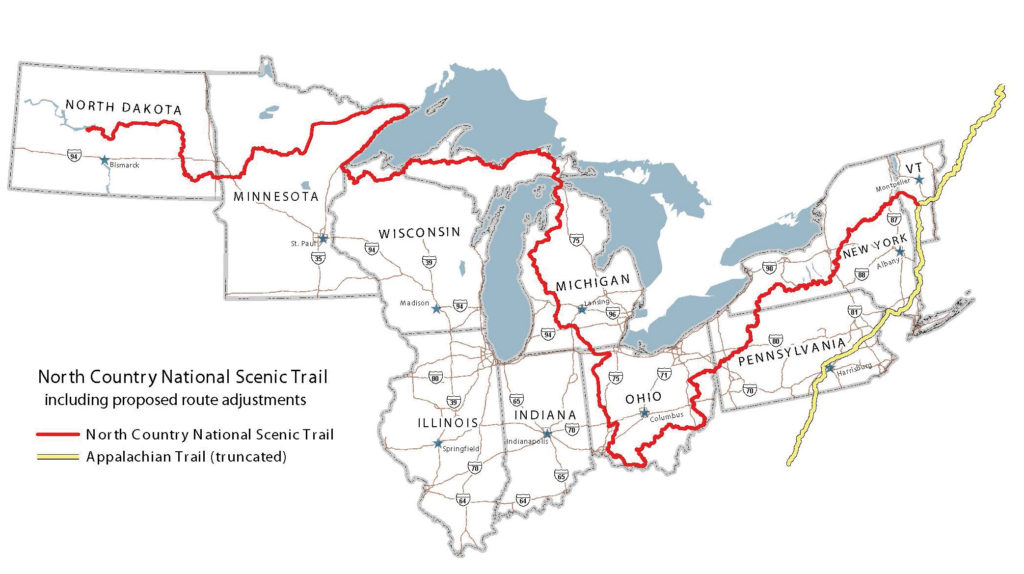 A crew working on the remote Kekekabic Trail in the Boundary Waters Canoe Area Wilderness, which will become part of the North Country Trail with this legislation. Photo Credit: Matt Davis

Although we still have to make it through the Senate, we’ve jumped our biggest hurdle. It took a long time to get the leadership of the House Natural Resources Committee to see that this legislation doesn’t mandate land acquisition, it isn’t adding to the backlog of maintenance needed in our National Park System, and it is championed by the communities and citizens on the ground, who are the biggest supporters of this change.

Rep. Rob Bishop (UT), the Chair of the House Natural Resources Committee, recently told Outside Magazine, “This bill helps get more Americans outside and is a win for recreation, public access, and the enjoyment of our nation’s beautiful scenic trails. This legislation demonstrates our commitment to working in a bipartisan fashion to enhance public access to public lands.” 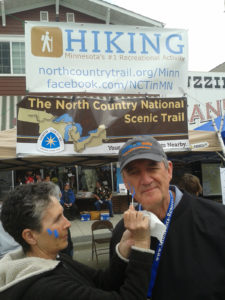 Rep. Rick Nolan getting his face painted with a North Country Trail blue blaze at an event in Minnesota. Credit: Matt Davis

Thank you Rep. Rick Nolan (MN) and Rep. Peter Welch (VT) and all of the cosponsors of this legislation as well as the members of NCTA’s Advocacy Committee and the communities along the trail that advocated for this important move. Together, we made this happen.

The Senate version, S.363, is next. It has passed out of the Senate Committee on Energy and Natural Resources and, as of publication deadline, we’re waiting for a vote. Join us in asking your senators to support this important legislation and thanking them if they already signed on.