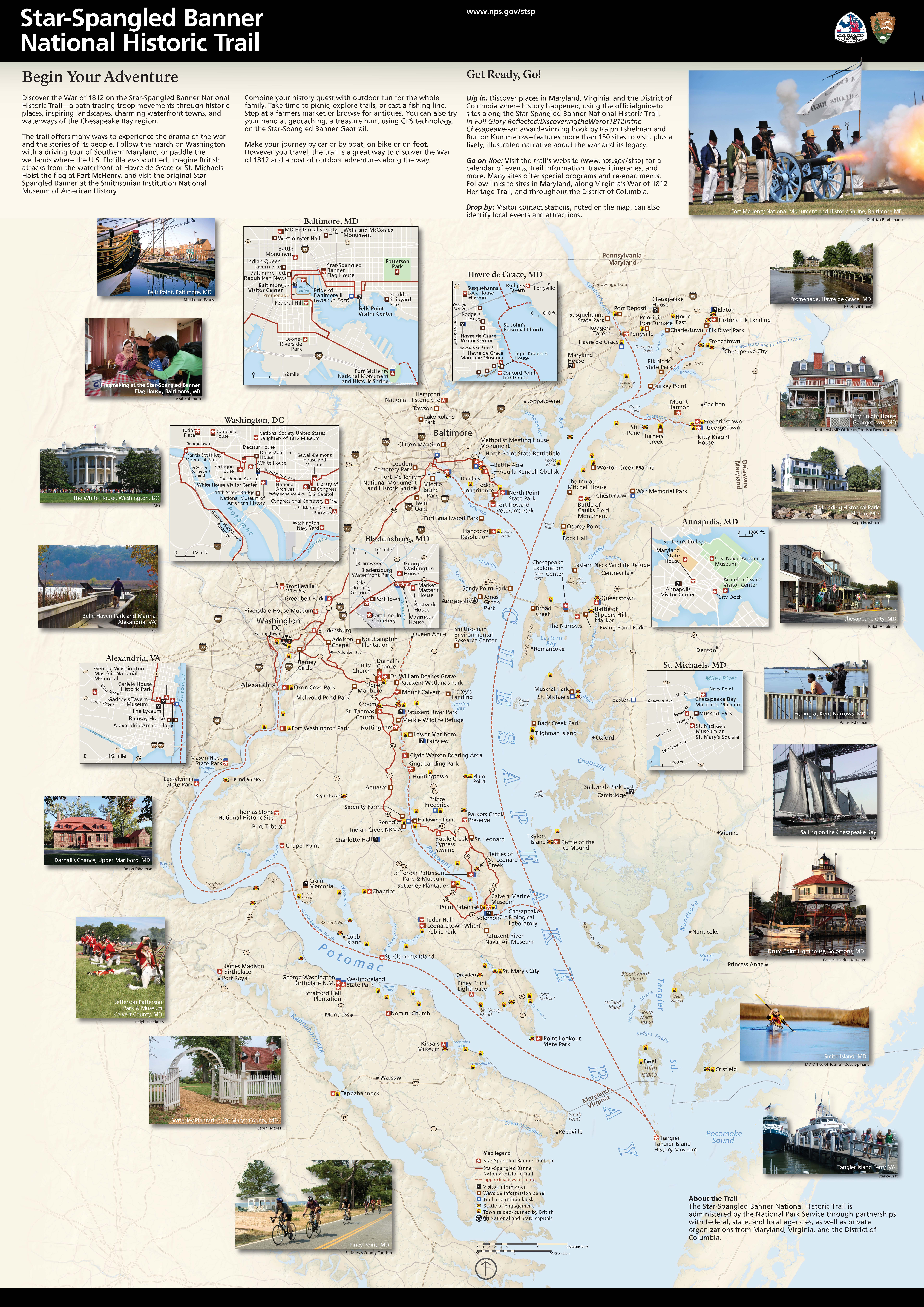 The Star-Spangled Banner National Historic Trail marks important historical sites along the Chesapeake Bay, where battles shook the region for three years during the War of 1812. America’s National Anthem, the Star-Spangled Banner, was conceived of by Francis Scott Key during one of these battles at Fort McHenry as he was being held prisoner on a British warship. An annual red, white, and blue buoy drop marks Key’s approximate location in the Bay around the anniversary of the battle.