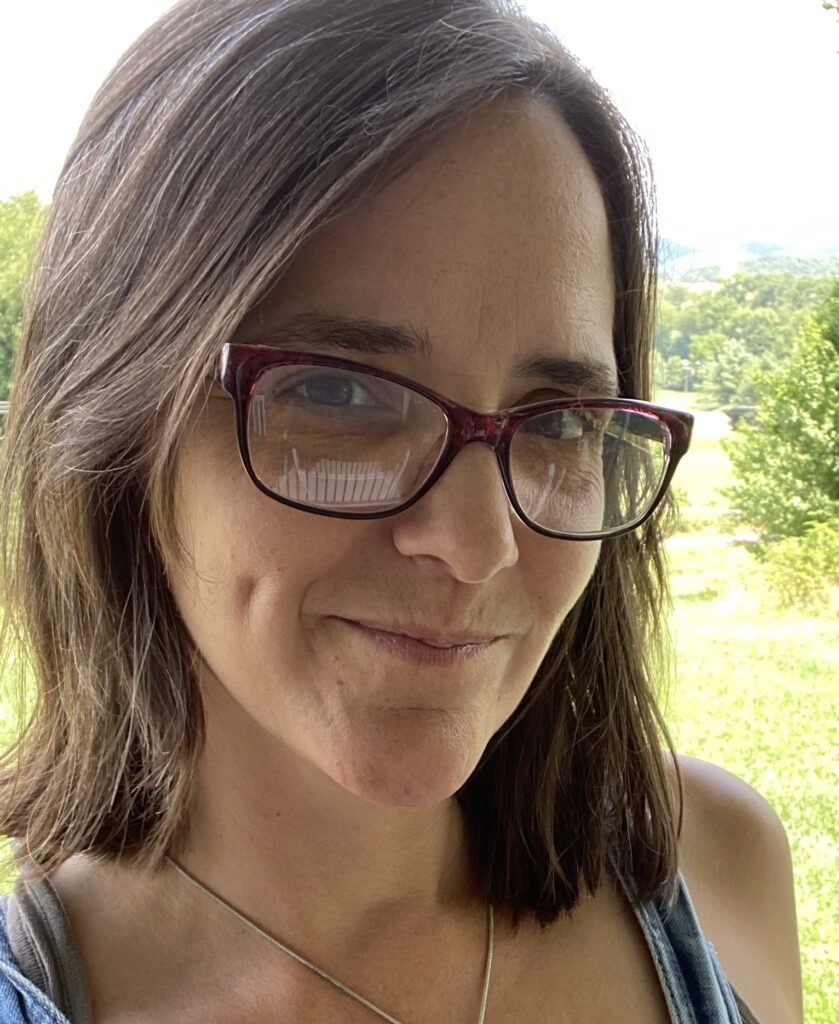 Leigh Ann Hunter, Secretary, Board of Directors, Overmountain Victory Trail Association
Since 2011, Leigh Anne Hunter has been working along the Overmountain Victory National Historic Trail (OVNHT). She has consistently served on the Overmountain Victory Trail Association Board of Directors, and has served as the Secretary since 2010. Leigh Anne was the Superintendent of the Abingdon Muster Grounds, northern trailhead of the OVNHT, from April 2011-April 2020 until the Covid-19 pandemic caused lay-offs. Ms. Hunter earned a B.A. from Guilford College where she studied fine art and history.  Leigh Anne loves to garden, read, hike, scuba dive, ride horses, kayak and to try new things.  She has been able to explore some of these interests in 19+ countries, as she travels as often as she can.  Leigh Anne makes her home with her children and dogs in the beautiful Appalachian Mountains of southwestern Virginia, which is a very different pace of life from her home cities of Washington, DC and Atlanta.