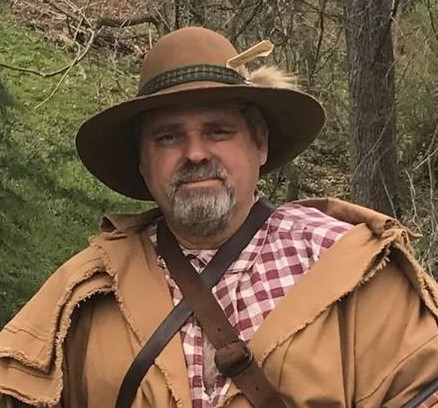 RG Absher, Board Member, Past President, Overmountain Victory Trail Association
RG Absher retired in 2010 after 32 years with the US Army Corps of Engineers as park ranger and park manager. He also helped develop the sustainable trail building program during his government service. He is currently the Executive Director of the Yadkin River Greenway  and also serves as the Vice-President of the Overmountain Victory Trail  Association. Absher has been active with the OVTA since 1983. He has also served as OVTA President. RG has been active with the PNTS since 2021 and is on the board of directors and the Trail Leader’s Council Chair.  He is also the Committee Chair of the Fall Virtual Workshop. RG’s interest has been especially strong in the area of telling the story of the Campaign to Kings Mountain. In addition RG is a musician and enjoys playing bluegrass and Celtic music during his spare time.