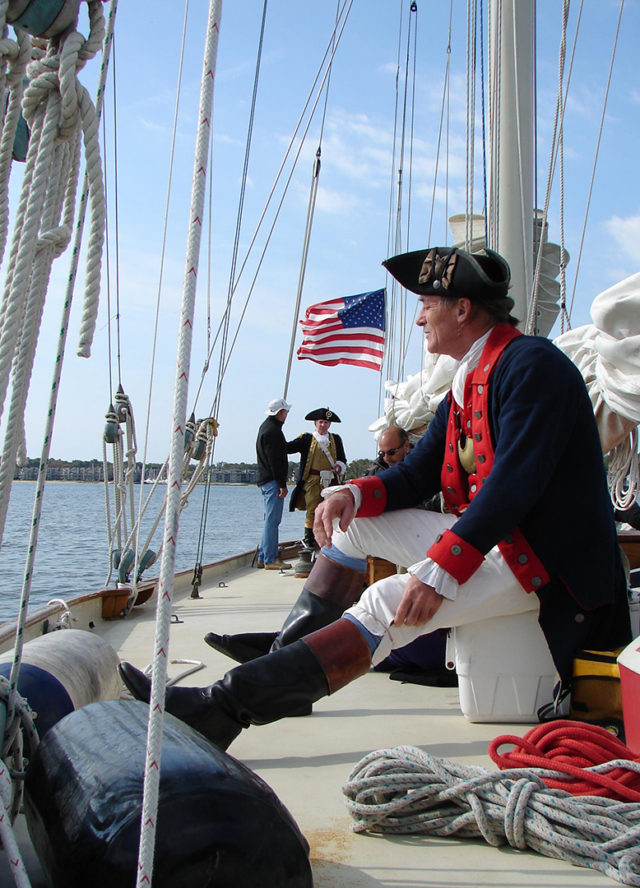 The Washington-Rochambeau Revolutionary Route National Historic Trail (WARO) is a series of 680 miles of roads used by the Continental Army under the command of George Washington and the Expédition Particulière under the command of Jean-Baptiste de Rochambeau, during their 1781 march from Newport, RI, to Yorktown, VA. The route spans nine States and the District of Columbia.

The military, logistical, and cultural significance of this march served as a pivotal point in the American Revolution. Without the assistance of thousands of French soldiers and sailors, many of whom gave their lives, the outcome of the war could have been much different. Today, the route includes many historic sites and scenic byways that are open to the public and preserve the crucial relationship between the French and Americans as well as their historic march to victory.

WARO has an intangible quality as well as physical location. The trail is a living collaboration between the French and American governments, participants and supporters, hundreds of communities, 50 counties, and nine States along the route. The National Washington Rochambeau Revolutionary Route Association Inc. (W3R-US) serves as the primary trail partner to the National Park Service (NPS). Its mission is to partner with the NPS, W3R-US State, international, and other organizations, and historic sites, preservationists, and conservationists along the route. In doing so, W3R-US helps initiate, coordinate, and promote programs that engage, inspire, and educate the public in the history of the American Revolution with a particular emphasis on how France and the French people provided crucial aid to the United States.

Founded in 1999, W3R-US advocated for the route to become a national historic trail, and legislation was passed in 2009 establishing the route as an official unit of the National Park System and formally designating it as a national trail. W3R-US, in collaboration with NPS, is committed to preserving, protecting, educating, and interpreting the trail. Their efforts have helped to establish the framework for long-term administration of the trail, including purposeful and systematic approaches to planning and operations. Recent successes include the completion of the Trail Foundation Document, which provides basic guidance for park planning and management decisions.

W3R-US has also completed a Long Range Interpretive Plan, which provides a five to seven year plan for desired interpretive outcomes for the trail, as well as its purpose, significance, and primary stories. Finally, it is on the cusp of having a trail assessment completed in 2019, which will help W3R-US in defining the visitor experience and identifying high potential historic sites and route segments.