By Mark Larabee, Associate Director of Communications and Marketing for the Pacific Crest Trail Association

Adapted from the December 2017 issue of the PCT Communicator magazine 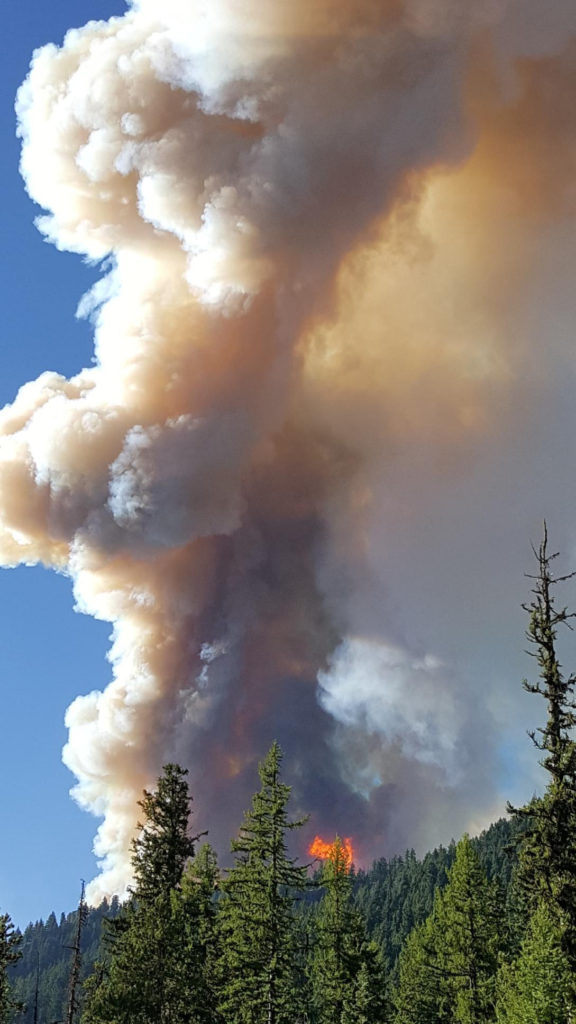 Above: A wildfire that started in August in the Norse Peak Wilderness east of Mount Rainier closed nearly 100 miles of the Pacific Crest National Scenic Trail, which is nearly a fifth of the trail in Washington. (Photo courtesy Marlon Batin, InciWeb)

Wildfire shaped the 2017 season for hikers and horseback riders on the Pacific Crest National Scenic Trail (PCT). Federal agencies closed access to nearly 300 miles of the PCT in northern California, Oregon, and Washington over the summer and into the fall as ten major fires burned on or near the trail.

Two fires combined near Oregon’s Eagle Creek, a popular PCT alternate, and spread into the Columbia River Gorge. One, started by a teenager playing with fireworks, trapped 140 people overnight. Many of them were out for a day hike or a dip on a hot day and unprepared for an extended outing. Another fire in the Norse Peak Wilderness east of Mount Rainier closed a whopping 99 miles of the PCT, a fifth of the trail in Washington. In southern Oregon, a succession of fires dubbed the High Cascades complex closed more than 70 trail miles around Crater Lake National Park and in the Sky Lakes Wilderness in the heart of August.

Even if the trail was open near some of these places, thick smoke drove away most people. It’s no wonder that conditions frustrated distance hikers, weekend backpackers, day hikers, and horseback riders. The Pacific Crest Trail Association (PCTA) had to cancel several trail maintenance projects or move maintenance crews to avoid smoke and flames.

There’s no telling what this winter will bring to the PCT and access trails that burned. Landslides, erosion, and downed trees would not surprise anyone closely watching. In some cases, Federal land managers are just getting started assessing damage. In others, snow has already fallen, and it will be late spring before they can get in there and see what happened. It’s likely that many of the miles closed by fire will be opened for the 2018 season, but it’s just as likely that some will remain closed.

Wildfires in the West are becoming more frequent. Climate change has brought drought, beetle kill, and massive die-offs to western forests. Decades of fire suppression have increased fuels loads, so when fires ignite from a lightning strike or human stupidity, they take off.

What’s not surprising is the emotional response we’ve seen. Many people look at a wildfire only as a destructive force. Their favorite places burn and their ability to get there disappears like wisps of smoke. I felt that way, too, as I swept ashes from my front porch in Portland, Oregon. I could see plumes of smoke rise over the Columbia River Gorge and the Cascades. 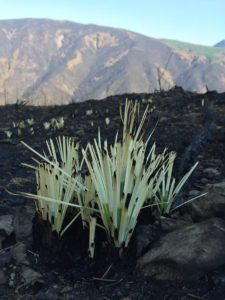 Beargrass is resprouting in some areas that burned in the Eagle Creek Fire. This area is west of Tanner Creek on the BPA right of way. (Photo courtesy InciWeb)

I started talking to people here who work tirelessly to protect the vital landscapes that make the Pacific Northwest truly special and spectacular. Because of these conversations, I’ve come to realize that we must put our emotions aside and think less about ourselves and more about the health of the forests and what’s best for the plants and animals that live there. Fires do not destroy the forest. They are part of the forest. Western forests are fire-dependent ecosystems. There has always been and always will be fire. Certain species thrive in burn areas and help the forests regenerate. It’s nature’s balance, and it happens in geological time.

There are many examples of how forests regenerate after the destructive forces that nature can bring. The 1988 fire in Yellowstone National Park had people declaring the park had been destroyed. The 1980 eruption of Mount St. Helens leveled forests and lakes around the volcano. In each case, these landscapes are coming back strong. They are new and beautiful and teeming with life. We must accept that these places are simply evolving. Many of the most beautiful landscapes we love were shaped by natural forces. That’s why we love them.

One positive result of the emotional response to the wildfires, especially the fires in the Columbia River Gorge, has been that thousands of people signed up to volunteer. The PCTA, the Washington Trails Association, and Trailkeepers of Oregon formed the Gorge Trails Recovery Team and are working together to harness this positive energy. We will have trainings and work projects along the Washington side of the river this fall and winter to ready a new wave of volunteers to rebuild the PCT and other trails.

At the PCTA and other trail groups around the country, volunteers are our lifeblood. They work hand in hand with professional staff and trained and skilled volunteer crew leaders after much consultation with our agency partners. They rally with great joy, in the face of fire and landslides and falling trees, so that their friends and neighbors and strangers can enjoy the trail and nature.

Our community of trail lovers is emotional about this work. Our emotion for trails will sustain them for future generations. 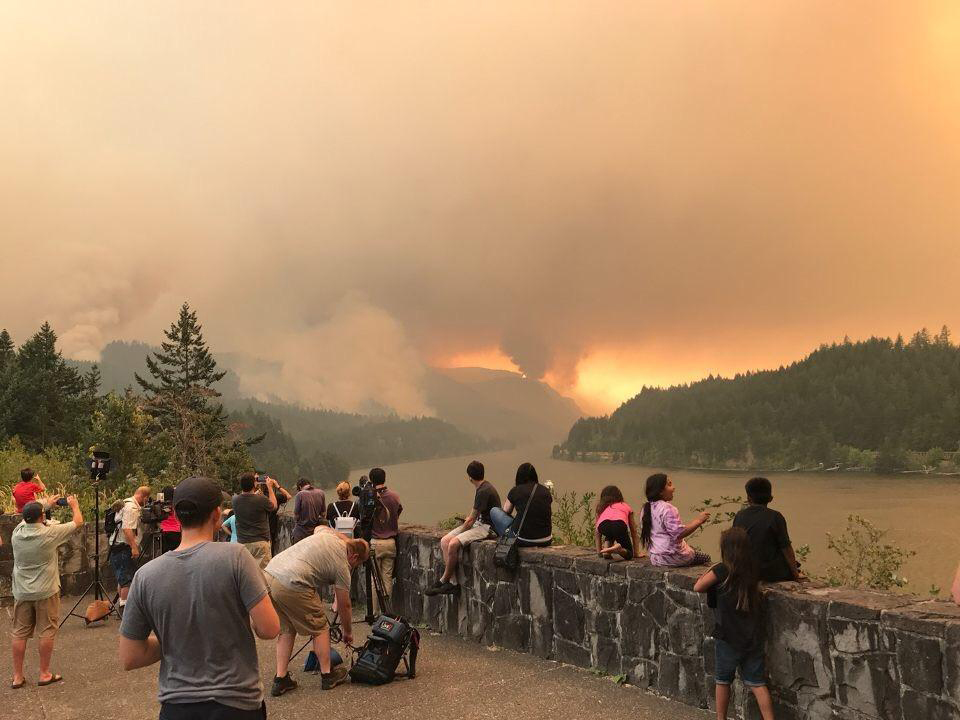 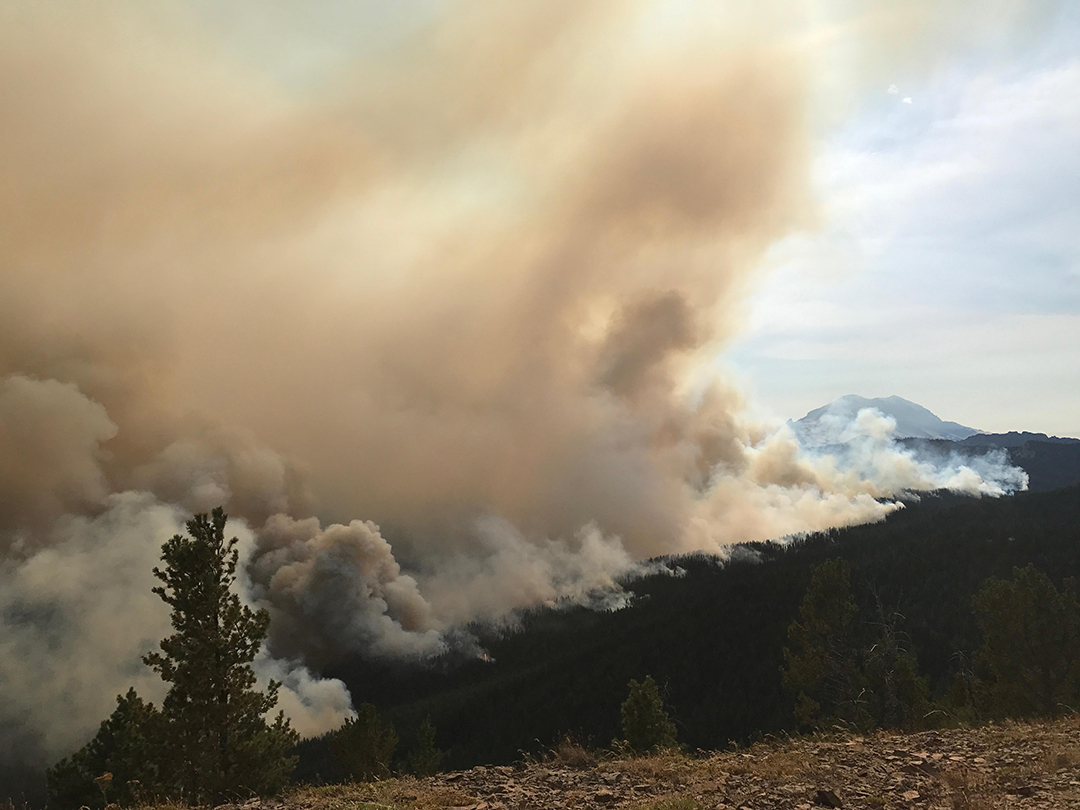