50th Anniversary Celebrations Throughout the Year

by Partnership for the National Trails System
Examples are adapted from partner organization news releases, websites, and emails

Chelsea Bodamer (PNTS) and Candace Mitchell (American Trails) were joined by their river counterparts in singing happy birthday to rivers and trails during the formal dinner that featured a 50th birthday cake. More than 250 individuals attended the conference, and all were invited to take their picture with the 50th anniversary #FindYourWay photo frame.

PNTS would like to thank the Society of Outdoor Recreation Professionals for its invitation to this year’s conference. 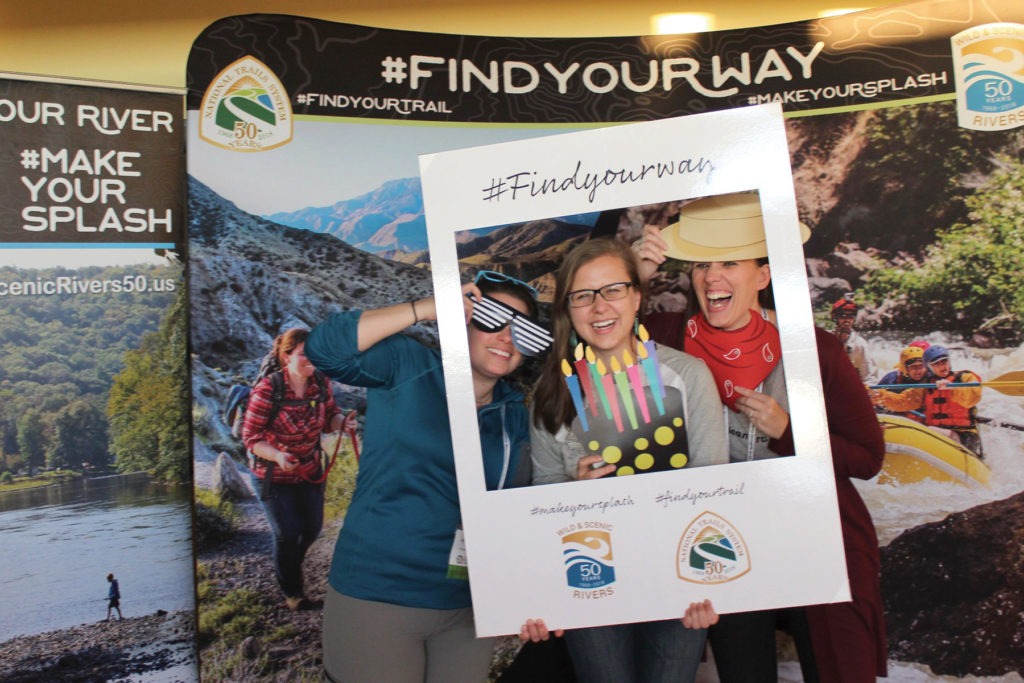 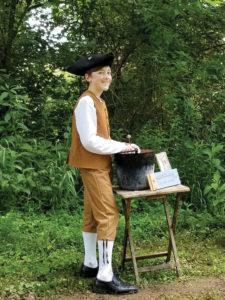 In honor of the 50th Anniversary of the National Trails System, the American Hiking Society (AHS) encouraged people to leave the trail better than they found it during National Trails Day by asking them to pledge to pack out trash, join a trail work project, or clean up a park to collectively improve 2,802 miles of trail (the distance across the U.S.) on June 2, 2018.

Among the events and trail maintenance projects held throughout the country were more than a dozen by our national scenic and historic trail nonprofit partners. For example, the Wilkes-Surry Chapter of the Overmountain Victory Trail Association (OVTA) hosted a Revolutionary War Living History Day. OVTA reenactors wearing traditional garb told the story of the Overmountain Victory National Historic Trail to nearly 40 people at the eastern trailhead in Elkin, NC. Activities included weapon, woodworking, and ice cream making demonstrations, talks on the local militia leaders and local history, and Colonial military drills, music, and dance.

“Attendees were treated to some very tasty Colonial Period homemade ice cream, which was the recipe of Thomas Jefferson,” said OVTA President RG Absher. In those times during winter, ice was collected in the frozen Yadkin River.

OVTA members and Benjamin Richardson, National Park Service Chief of Planning and Partnerships for the Southern Campaign of the American Revolution Parks Group, were on hand to tell the public about the importance of the National Trails System, as well as the private and public partnerships that make trails like this possible. 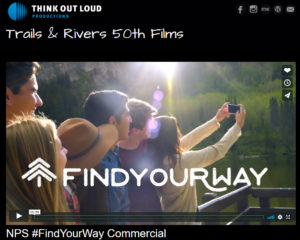 For the 50th Anniversary of the National Trails System and Wild and Scenic Rivers System Acts, Think Out Loud Productions developed a branding campaign to reach a new, diverse millennial audience for the National Park Service. The newly released commercial series features unique stories of young people connecting with the outdoors from coast to coast.

Garnering three major advertising awards, the #FindYourWay videos have been viewed over a million times on Facebook. The series won two awards from the Association of Marketing and Communication Professionals (gold awards from the Hermes Creative and AVA Awards) and a bronze Telly Award in the online commercial campaign nonprofit category.

“Working on this project was such a pleasure! Seeing young people use our national trail and river systems to build community, explore history, and express themselves is a true testament to the last 50 years of stewardship,” said Michael T. Miller, Executive Producer of Think Out Loud Productions. “We hope their stories continue to inspire more people from all walks of life, in all corners of this country to get out and #FindYourWay.”

On June 2, National Trails Day, the Steelville City Park and Recreation Area in Missouri was certified on the Trail of Tears NHT as part of a 50th anniversary event. Deloris Gray Wood, President of the Missouri Chapter of the Trail of Tears Association, researched the Henry E. Davis Homestead and found it was a key part of the Cherokee movement west.

Also, the Natchez Trace Parkway Association, NPS, Chickasaw Nation, a U.S. Army colonel re-enactor, and a physical therapist led guided hikes for the public near Franklin, TN where a new sign and restored fencing were dedicated. Training sessions for the new trail stewardship program were also held in June on the Highland Rim Section of the Natchez Trace NST. (Read the full article with photos here).

JULY
The Nez Perce NHT, in conjunction with the Northern Rockies Heritage Center, hosted an evening celebrating the 50th anniversary of the National Trails System Act and the centennial of the Migratory Bird Treaty Act “Year of the Bird” in Missoula, MT on July 26. (See pages 6-7 in this newsletter.)

The Oregon-California Trails Association commemorated the 50th anniversary of the National Trails System Act by staging its 36th annual convention in Ogden, UT from August 6-10, titled “Rails and Trails: Confluence and Impact on the Crossroads of the West.”

The Ice Age Trail Alliance marked its 60th anniversary and the 50th anniversary of the National Trails System Act during Ice Age Trail Days from August 8-12 in Cross Plains, WI, a Trail Community where a mile of new trail was built that week through its Mobile Skills Crew program.

The Ice Age Trail Alliance brings people together the best way they know how by building trail, throwing a party, and heading out on hikes! Photo Credit: Cameron Gillie of ThePinHoleThing.com

The Public Lands Foundation along with the Bureau of Land Management held the fourth biennial Student Congress on Public Land Management in Baker City, OR from August 22-25. The theme reflected on the importance of the 50th anniversary of the National Trails System and Wild and Scenic Rivers Acts.

The Appalachian Trail Conservancy and Pacific Crest Trail Association are collaborating to hold an online celebration and auction for the sister trails on October 2, featuring their executive directors and authors Bill Bryson and Cheryl Strayed.

On October 2, Rails-to-Trails Conservancy will formally honor Pete Raynor as a Doppelt Family Rail-Trail Champion for his role in the legislation that helped build the rail-trail movement. A feature will appear in the Fall 2018 issue of Rails to Trails.

The Old Spanish Trail Association will celebrate the 50th anniversary during Old Spanish Trail Days from October 5-7 in Barstow, CA, where all of the arduous routes merged, featuring mule packing demonstrations and local native history.

Six chapters of the Santa Fe Trail Association are co-hosting a multi-day, multi-state celebration of the 50th anniversary in Kansas, Oklahoma, and New Mexico from October 5-7, featuring tours, open museums and historic sites, and quilts.

The Lewis and Clark Trail Heritage Foundation will hold its 50th annual meeting in Astoria, OR from October 6-10, featuring talks about the area’s history, native culture, technology of the Corps of Discovery, and a 50th anniversary update. 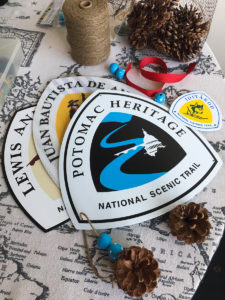 Each year a different national forest provides the Capitol Christmas Tree, which resides on the West Front Lawn of the U.S. Capitol Building in Washington, D.C. during the holiday season. This year, the Willamette National Forest in Oregon is responsible for providing the tree. The theme is “Find Your Trail!” in celebration of the 50th anniversary of the National Trails System Act and the 175th commemoration of the Oregon Trail.

The tree will be cut on the Sweet Home Ranger District in early November and prepared for the 3,000-mile coast-to-coast journey, which will trace the Oregon National Scenic Trail in reverse and include a series of community celebrations throughout Oregon and across the United States.

Ornaments made by volunteers decorate the large outdoor tree, along with 50 smaller companion trees that will be inside government buildings. This year, the tree will also have a selection of ornaments made to represent the National Trails System. Each national trail was requested to provide both large and small logos, which volunteer Caitlan Dowling is turning into ornaments. The trail logos make for great ornaments as they are weather resistant, brightly colored, and will contribute to this year’s theme. The official tree lighting will be in early December.

Stay tuned for the multimedia displays of finished ornaments and information on the tree and lighting ceremony: www.capitolchristmastree.com