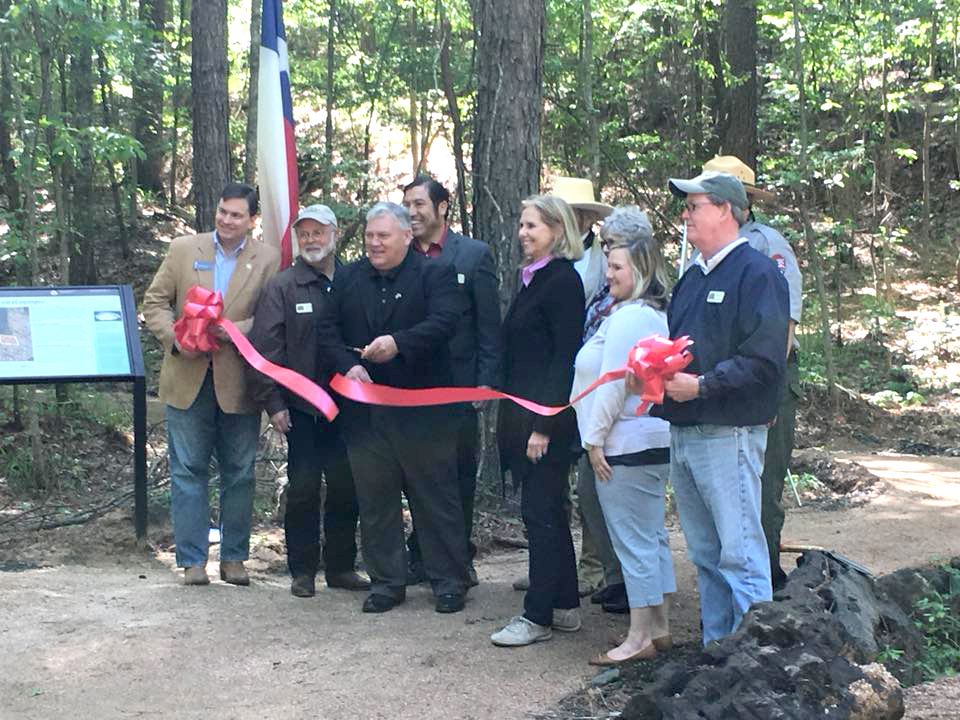 Sabine County Judge Darrell Melton cuts the ribbon to dedicate the Lobanillo Swales to the public, as ELCAT board members and staff, and agency officials from the Texas Historical Commission and National Park Service look on. Photo Credit: Jeff Sibley.