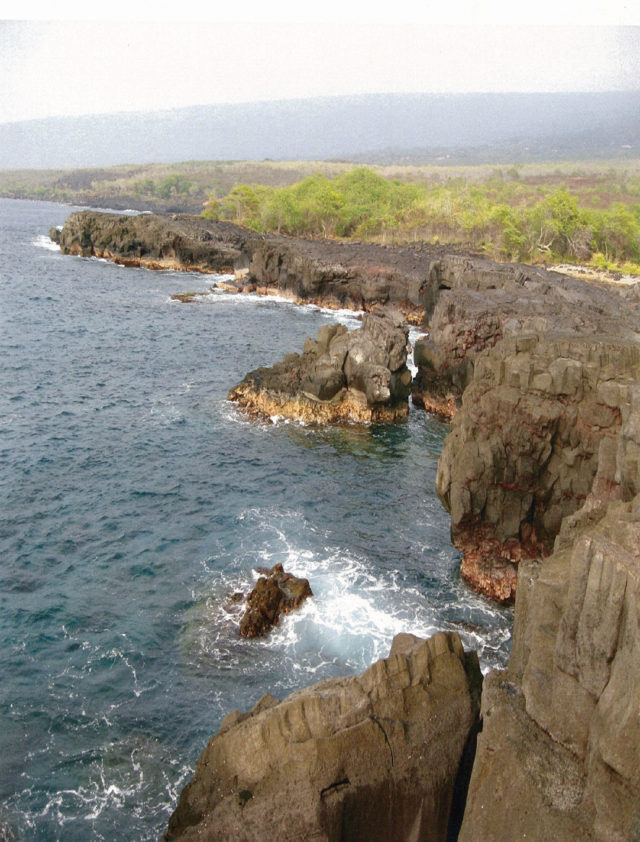 Funded LWCF projects include the 59-acre Kauleoli Property along the Kona Coast of Hawaii. The acquisition protected a half-mile segment of the Ala Kahakai National Historic Trail and adjacent shoreline from residential development, preserving culturally rich sites around the trail. File Photo.

In February, the 116th Congress passed S.47—the John D. Dingell, Jr. Conservation, Management, and Recreation Act—the largest public lands bill since 2009. This omnibus public lands bill includes permanent reauthorization of the Land and Water Conservation Fund (LWCF), authorization of the North Country National Scenic Trail Route Adjustment Act, and the Eastern Legacy Extension of the Lewis and Clark National Historic Trail, among many provisions. The bill was passed by overwhelming bipartisan votes in both the Senate and the House and was named in honor of the Michigan Congressman, the longest serving member of the House, who died earlier that month.

Permanent reauthorization of the Land and Water Conservation Fund is critically important for efforts to close gaps and preserve important natural and cultural resources and places along the national scenic and historic trails. More than $200 million from the LWCF was used by the National Park Service and U.S. Forest Service from 1978-2005 to permanently protect a continuous corridor for more than 1,000 miles of the Appalachian National Scenic Trail. During the first decade of this century, Congress appropriated $14 million and $15 million of LWCF funds for land purchases along the Ice Age and Florida national scenic trails, respectively.

From 2015-2019, Congress appropriated $81,567,000 from the LWCF to acquire land at 49 places along 15 of the national scenic and historic trails. The projects funded during this period were developed through the Collaborative Landscape Planning initiative of the Obama Administration, which directed the National Park Service, U.S. Forest Service, U.S. Fish and Wildlife Service, and Bureau of Land Management to coordinate their land acquisition to help protect larger landscapes. The National Trails System as well as individual national trails were treated as large landscapes. This enabled the Partnership for the National Trails System to package together land protection projects along as many as half of the scenic and historic trails as one annual National Trails System proposal. Projects from these proposals were funded in each of four years.

The funded projects included several sites along the Ala Kahakai National Historic Trail containing petroglyphs and other significant cultural resources, as well as several important access points to the Upper Missouri Wild and Scenic River in Montana, one of the most pristine sections of the Lewis and Clark NHT. Another purchase in the Cherry Valley National Wildlife Refuge in Pennsylvania preserved critical wildlife habitat while protecting the scenic integrity of the Appalachian NST. A purchase of five miles of land along Alamocita Creek protected rare cottonwood glen riparian wildlife habitat while enabling the Continental Divide NST to move from 52 miles of highway shoulder, resulting in an uninterrupted trail corridor of 478 miles through New Mexico. A large purchase funded over three years closed a series of inholding gaps along the Trinity Divide section of the Pacific Crest NST in northern California. Another multiyear project protected Werowocomoco in Virginia, one of the most significant Native American villages in eastern North America, inhabited for centuries, and the site of the seminal meeting between Chief Powhatan and Captain John Smith in the early 17th century along the Captain John Smith Chesapeake NHT.

In testimony submitted in March, the Partnership for the National Trails System requested Congress to appropriate $33.4 million from the LWCF for Fiscal Year 2020 to preserve 41 places along 12 national scenic and historic trails. In early April, 14 Senators introduced bill S.1081 to require dedicated appropriation of the full $900 million authorized for the LWCF annually. The legacy of the Land and Water Conservation Fund so critical for completing and protecting the National Trails System continues.

From 2015 through 2019, Land and Water Conservation Fund money was used to purchase land along 15 of the 30 national scenic and historic trails.

Learn more about the Land and Water Conservation Fund: www.lwcfcoalition.com