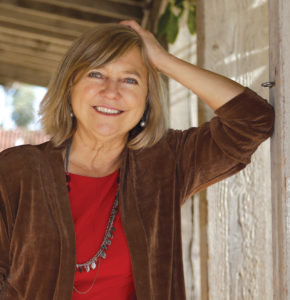 The Old Spanish Trail Association (OSTA) appointed a new Executive Director, Lynn Brittner. Brittner served as the Executive Director for the Santa Barbara Historical Museum from 2014 until recently, and she currently resides in Albuquerque, NM.

As the former Executive Director of the Southern Ute Cultural Center and Museum (SUCCM), Brittner has led and represented SUCCM in the development of its $38 million, 52,000-square-foot cultural center and museum campus located in Ignacio, CO. Earlier in her career, she brought her extensive knowledge and skills to diverse museum roles including collections curator, manager, and registrar at several Santa Fe, New Mexico institutions including the Palace of the Governors, the Institute of American Indian Arts Museum, the School for American Research, and the Georgia O‘Keefe Museum. She holds a BA from Fort Lewis College in Archaeology/Anthropology and an MA from the University of New Mexico in American Studies.

“I am really excited to join OSTA as Executive Director,” Brittner said. “Preserving this part of western history is so important and I’m really passionate about helping the association grow and educating their communities.”

Vicki Felmlee, OSTA president, said Brittner’s experience with nonprofits is an exciting aspect of her background. “She is a well-known professional in this area, has proven abilities to bring people together for a common good. She’s exactly what we need to reach that higher level, not only for our members but also our many volunteers and partners.”

Brittner will be attending the Partnership for the National Trails System Conference in Vancouver, WA, from October 22-25. OSTA will also have its board meeting and a special member meeting in Vancouver Oct. 26. 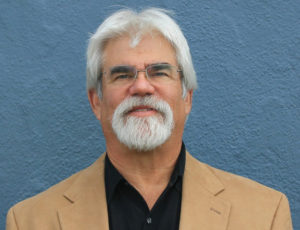 As of September 30, 2018, Brittner replaces John Hiscock, who had been contracted as the Association Manager since October 1, 2015 and is leaving to pursue other opportunities. Hiscock has been instrumental in bringing the 400-member group onto a higher platform of recognition and respect as a national trails organization. Under his management, OSTA has grown with a new website, social media presence, and more involvement with stewardship and preservation activities.

Hiscock had been previously involved with the Old Spanish National Historic Trail for 21 years as National Park Service (NPS) Superintendent of Pipe Spring National Monument (1994-2015). He was also involved with all the national historic trails in Utah (Mormon Pioneer, Pony Express, California, Oregon, and Old Spanish) as the NPS Utah State Coordinator in 2013.

“I fondly bid farewell as Association Manager of the Old Spanish Trail Association as of September 30, 2018. I believe that the Association and its programs and goals have progressed tremendously under my management. I have enjoyed working with all of the Trail Association members and staff of PNTS, and especially in participating on the Advocacy and Policy Committee, with which I hope to maintain contact in the future,” Hiscock said. “My heart lies with protection of our Federal public lands for future generations, and I will now turn to that endeavor from a broader perspective (but always mindful, and an advocate of the protections intended by the National Trails System Act). Thanks for your friendship!” 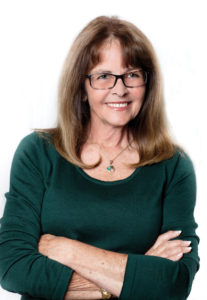 OSTA has also hired Kitty Nicholason as the new editor of Spanish Traces, the journal of the Old Spanish Trail Association. She replaces Ruth Friesen, who has edited the magazine for almost 7 years, who is retiring to pursue other interests including travel and writing books.

Nicholason has more than 30 years in the publishing and print business, from brochures to books, and has worked with dozens of authors on many diverse subjects, from history to art to even petrified wood. She freelanced in the San Diego area for about 20 years, winning several awards. Projects ranged from book and magazine design, corporate identity and logos, advertising and photography, to environmental graphics and signage.

After moving to Colorado, she was employed in the graphics department of one of the largest commercial printers in the area and was instrumental in designing and editing several books and journals. She started her own business about five years ago; last year she helped OSTA with its new website as well as a new brochure and other marketing materials.

“I really thank the OSTA board for the opportunity to carry on Ruth Friesen’s excellent work in producing Spanish Traces,” Nicholason said. “Ruth is the quintessential professional, and I know that she is handing me a comprehensive road (or should I say ‘trail’) to follow. It is my deep desire to continue the excellence she has curated.”

Felmlee said Nicholason will continue that high bar of excellence. “Kitty has helped many publications over the years and has an impressive reputation throughout Colorado, Utah, and New Mexico. She is sought after to be the primary editor for several well-known writers who respect her judgment and attention to detail.”

Spanish Traces publishes three times a year and is free for all members. The next issue will be printed in December.