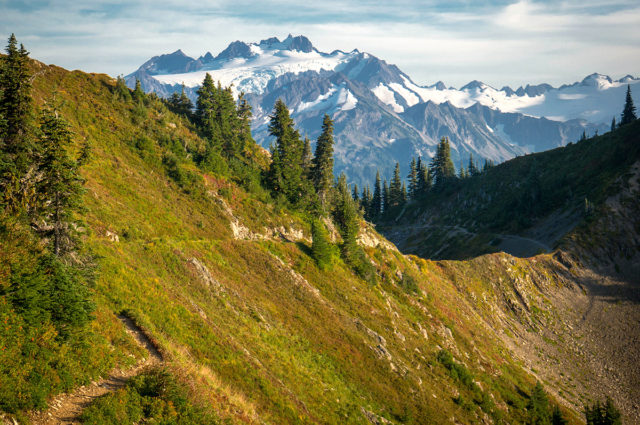 The phrase “Tomorrow, the Pacific Ocean!” is credited as the catalyst that led to the creation of the Pacific Northwest Trail (PNT), which was written by renowned northwest guidebook author Harvey Manning and published in the 1970 classic “101 Hikes in the North Cascades.”

Two years after the Pacific Crest Trail and the Appalachian Trail were designated by Congress as the nation’s first two national scenic trails, a Georgetown University student named Ron Strickland read Manning’s book and began to envision such a trail that would ultimately extend from the Continental Divide to the Pacific Ocean.

Throughout the early 1970s, Strickland traversed the northwest to meet with local trail experts and other stakeholders to learn about the region’s trail systems. By the mid-70s, Strickland had cobbled together a preliminary route, and by 1977 the PNT attracted its first cohort of successful thru-hikers. That same year, Strickland founded the Pacific Northwest Trail Association (PNTA), which has operated continuously as the PNT’s primary advocates ever since.

Today, the Pacific Northwest National Scenic Trail extends 1,226 miles west from the east side of Glacier National Park to the westernmost point in the lower 48 States on the shores of Olympic National Park’s Wilderness Coast. Along the trail’s three-State traverse, it crosses three national parks, seven national forests, and six designated wilderness areas. The trail’s east/west orientation across the western States makes it unique in that it travels against the grain of the nation’s topography, ascending seven major mountain ranges on its way to the sea.