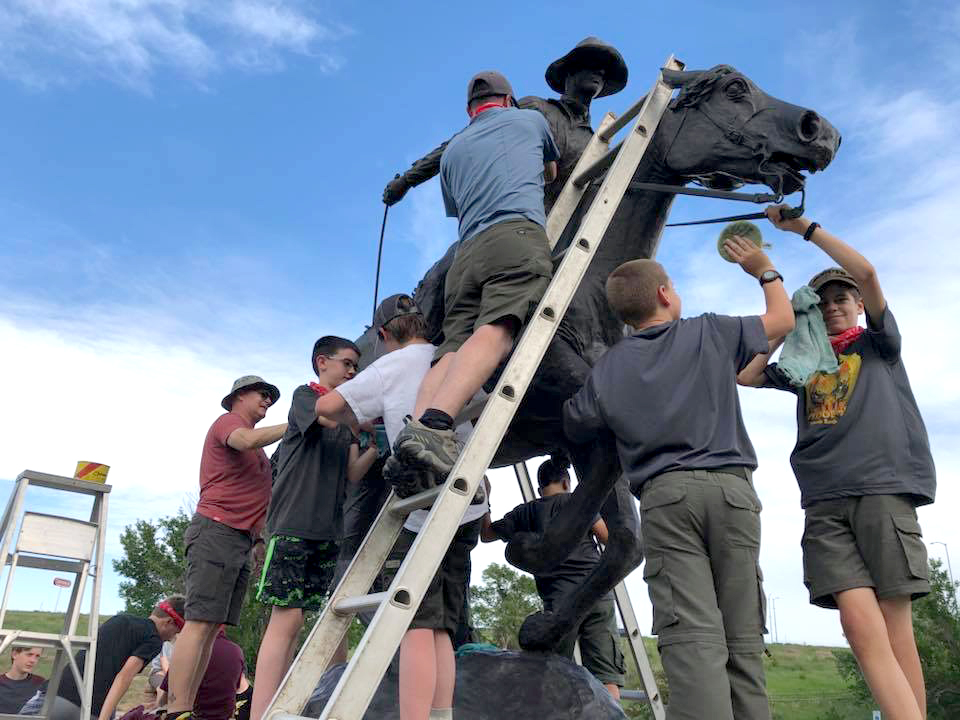 The Colorado Division of the National Pony Express Association hosted 30 members of Eagle Scout Troop 260 from Castel Rock, CO, along with the troop leader and three other sponsors who cleaned and polished the 15-foot-tall Pony Express statue at the Colorado Visitor’s Center in preparation of the re-ride. Photo Credit: NPEA.