Raising our voices for trails – by Kathy DeCoster 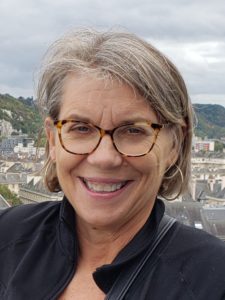 There is exciting news to report! As part of its return to “regular order” legislation, the U.S. Senate voted to pass the Great American Outdoors Act (GAOA) on June 17. This bipartisan legislation to fully and permanently fund the Land and Water Conservation Fund is something that the Partnership, its member organizations, and many others have been working on for many years. The bill also includes a dedicated fund to address backlog maintenance needs in our national parks, forests, and other public lands—something we expect will aid in addressing trail needs on Federal lands.

The Partnership signed a letter to Congress in early May urging prompt action on the bill, and a statement from the Partnership’s Board Chair Barney Mann upon Senate passage was included in a press release issued by the bill’s lead Republican sponsor, Sen. Cory Gardner of Colorado. The GAOA has been sent to the U.S. House of Representatives for further consideration, where a vote on the Senate-passed bill has been scheduled for the week of July 20th. The Partnership will be working hard up to the final vote to secure “yes” votes on this important conservation legislation. (Update: The House passed the bill on July 22, which has been signed into law by the President on August 4, 2020).

In other news, the Partnership continued to raise its voice on issues affecting the integrity of the National Trails System. We submitted comments to the U.S. Customs and Border Patrol regarding the potential impact of border wall construction on the Arizona National Scenic Trail. And we submitted comments to the Bureau of Land Management, U.S. Fish and Wildlife Service, and National Park Service opposing their proposed rules allowing electric bikes on nonmotorized trails including national scenic trails.

As I continue to lead the Partnership’s advocacy and policy work, the expertise and passion of the Partnership staff and member organizations inspires me and many others. We have a lot to offer in these challenging times, especially as the value of access to the outdoors is recognized as a “must-have.”