Late in 2017, the Oregon-California Trails Association (OCTA) was awarded an internship grant from the Partnership for the National Trails System. OCTA chose Lauren Manning, a native of St. Joseph, MO, who had recently graduated from the University of Missouri-Kansas City with a degree in urban planning. Her historic preservation experience made her a perfect candidate for the ambitious work plan OCTA had put together for its intern project.

OCTA set out to partner with the city of St. Joseph to help it develop an urban plan that really brought national historic trails to life in a meaningful way. The goal was to help the city capitalize on heritage tourism, infrastructure improvements, economic development, and new educational and healthy lifestyle opportunities.

OCTA and its local Gateway Chapter partnered with the city of St. Joseph and placed Manning in the office of their city planner, Nic Hutchison. Manning started her internship in January 2018 and immediately set about the task of working with our National Park Service (NPS) partners to bring a charette to the city late in 2018. A charette is a week-long brainstorming session in which project stakeholders come together to formulate a conceptual plan. 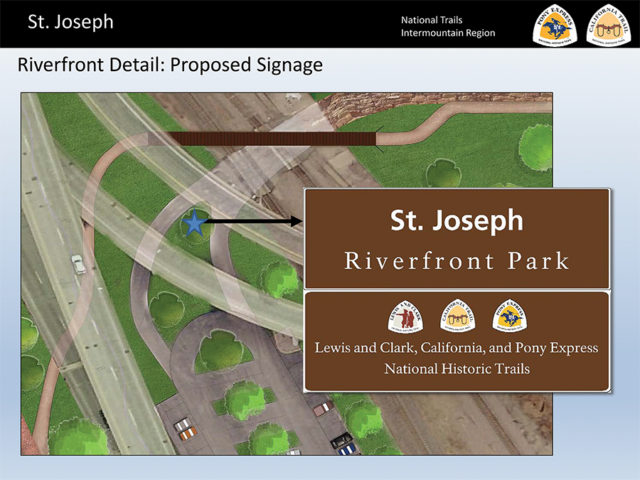 The focus of the charette in St. Joseph was the California and Pony Express National Historic Trails. There are more trail sites in St. Joseph than just the California and Pony Express (the Lewis and Clark National Historic Trail, among them), and the city has an interest in also promoting other significant parts of its history, including connections to other historic routes and periods. Charette participants also noted that the city’s impressive late 19th century architecture and the role outfitting played in making St. Joseph into a thriving commercial and industrial center should also be of interest to city planners. The city also has an interest in promoting its role related to the Mormon emigration to Utah, emigration to Oregon, and as the end of one of the branches of the Chisholm Trail. Although St. Joseph does not currently have national historic trail (NHT) status for any of those three trails, there is a possibility that NHT status for the Oregon Trail will one day become a reality.

Over the course of 2018, Manning and others in OCTA worked to set the table for the charette, which took place during the first full week of November. Manning and others worked with local civic, business, nonprofit, education, tourism, and neighborhood leaders to put together a team of approximately 50 people to help drive the discussion. The charette planning team included four people from the NPS National Trails Intermountain Region (NTIR) Office in Santa Fe, NM. NTIR staff members Kristin Van Fleet and Coreen Donnelly brought design and development expertise, Carole Clark brought interpretive expertise, and Lee Kreutzer brought cultural resource expertise. NTIR Superintendent Aaron Mahr kicked off the week by introducing the team and main themes.

After a tour of the project area—including downtown St. Joseph and some nearby trail-related sites—on Monday, November 5, the planning team met the following day, Tuesday, with the 50 local leaders to begin the process of gathering input about how best to present national historic trails in the city. Wednesday and Thursday were spent accumulating input and developing draft plans, themes, and media ideas. The NPS team met again on Friday with the same group of people who attended the Tuesday session to share their draft ideas and gather more feedback.

While the charrette document is being finalized, the city of St. Joseph is taking steps toward implementing some of the “low hanging fruit” that will help keep momentum on national historic trail development in St. Joseph moving forward. OCTA will soon submit a request to the city’s tourism commission asking it to fund some items near the riverfront and downtown areas, such as a large stone monument entrance sign to the riverfront park with silhouettes of wagon trains, Pony Express riders, and Lewis and Clark; some interpretive exhibits at important trail sites in the downtown area; some replacement exhibits for damaged interpretive panels; and perhaps even the beginnings of the “line on the sidewalk” that will eventually trace a hiking/biking experience from the riverfront to the Pony Express National Museum and Patee House Museum a few miles to the south.

The finalized design concept document will help guide the city through development and promotion of its trails story. Other ideas are also being considered, and brainstorming about how to make St. Joseph a vibrant destination for historical tourism is continuing beyond the scope of the NHT charette. It includes many ambitious and exciting ideas, but whatever the city decides, there can be no doubt that St. Joseph has started on the path of becoming a model urban area for development and promotion of national historic trails heritage tourism. 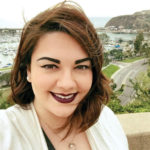 To learn more about Lauren Manning, the Trail Intern for this project, and other intern biographies, click here.