For decades, the Appalachian Trail Conservancy (ATC) leadership sought to have published a fuller history of the ATC and the Appalachian Trail (AT) than had circulated within the membership. In late 2010, after taking over publication of our calendar, Rizzoli International Publications approached ATC to publish what became “The Appalachian Trail: Celebrating America’s Hiking Trail” and asked if we could persuade Bill Bryson to write the foreword (we did). 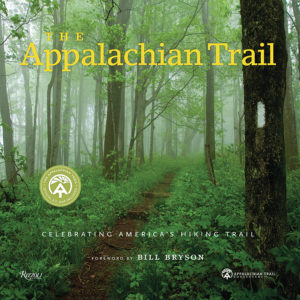 As with the course of all books, it took time and back-and-forth to develop what became half history—illustrated with archival photos that had seldom, if ever, been published—and half a pictorial of the Trail, sequentially and by categories.

ATC’s archives go back to before its 1925 founding and were, naturally, a rich source for not only the text but also such artifacts as a faded, previously unnoticed 1928 meeting sign-in sheet that boosts the “autographs” of all the AT’s pioneers.

Editor Candice Fehrman and Associate Publisher Jim Muschett solicited thousands of modern images from AT photographers, from which they selected about 350—the book’s true selling point.

Both partners were pleased when it was released in September 2012. The first Sunday in December, “Parade” magazine highlighted it for the holidays. It rose that afternoon to #65 over all of Amazon’s books. The first printing of 10,000 was gone by year-end, and a handful of reprintings have been ordered since. “Foreword Reviews” named it book of the year in one category, and the design (by Susi Oberhelman) garnered a National Outdoor Books Award.