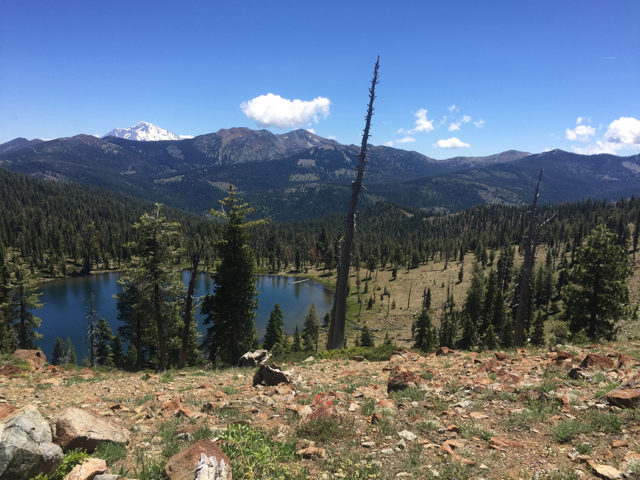 The Trust for Public Land and the Pacific Crest Trail Association announced the historic conservation of more than 10,300 acres along Northern California’s Trinity Divide in the Klamath and Shasta-Trinity national forests, protecting 17 miles of the Pacific Crest Trail and securing one of the largest privately-owned segments along the trail.
Photo Credit: Megan Wargo, PCTA

In June, a significant step forward was achieved in the goal to permanently protect the Pacific Crest National Scenic Trail (PCT) with the $15 million acquisition of the 10,300-acre Trinity Divide project in Northern California.

This major land protection accomplishment is the result of an extraordinary five-year combined effort that included the Pacific Crest Trail Association, the Trust for Public Land, the Michigan-California Timber Company, the U.S. Forest Service, and the surrounding local communities. Thanks to this partnership, a total of 17 once private miles of the PCT are now in public ownership.

The Trinity Divide lies in the tallest range of Northern California’s vast Klamath Mountains. It was named after the mountains that divide the headwaters of the Trinity and Sacramento rivers. The acquisition will create new public access for hikers, horseback riders, campers, hunters, and anglers along this scenic stretch of the PCT, including new legal access to 10 alpine lakes and many streams.

The effort to permanently protect this stretch of the Pacific Crest Trail was completed using private donations, a grant from The Wyss Foundation, and significant funding from The Land and Water Conservation Fund (LWCF).