Last summer, when the Partnership for the National Trails System announced the forthcoming retirement of its founding executive director and subsequent move to Washington, D.C., many people—myself included—thought that would be the biggest news for the National Trails System community in 2020. As the months went on, one by one the Partnership’s main Federal agency partner leads revealed (to each other’s surprise) they would be retiring, too.

What these four longtime colleagues and friends also didn’t expect was that their introduction to life in retirement would include a global pandemic. Thanks to video call technology, we caught up with them via Zoom in June to find out how they have been adjusting to their “new normal” in an otherwise abnormal time, what some of their most memorable moments were working together, as well as what their vision is for the future of the National Trails System (NTS).

This is a snapshot of that conversation, which you can watch in full on our YouTube page. And, for the record, while the idea piqued their interest, none of them will be applying to the brewery that’s looking to pay someone to drink its beer while hiking the Appalachian Trail. They have other adventures in mind. 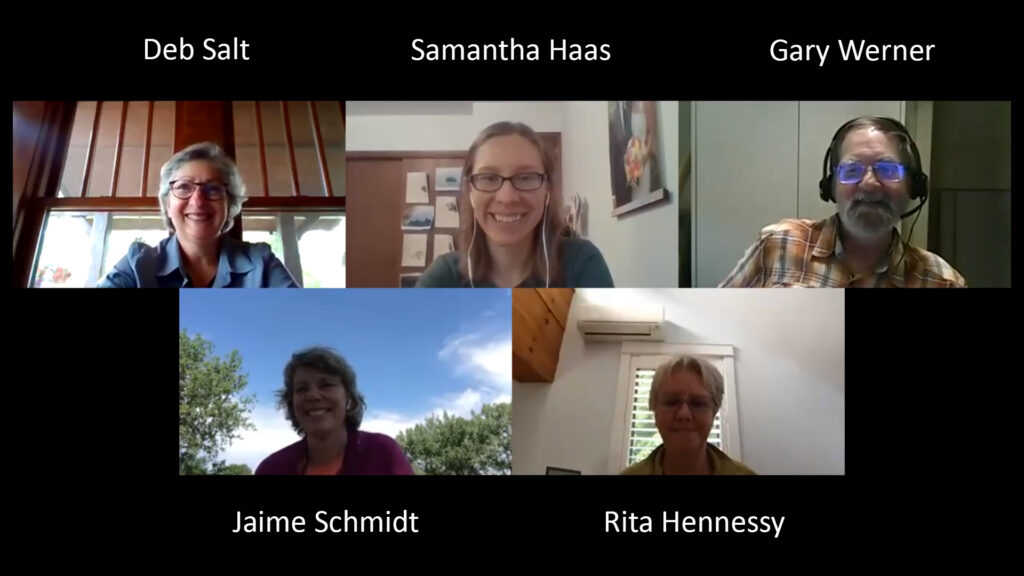 Gary: I’ve been volunteering up to four days a week along sections of the Ice Age Trail since the end of April when invasive species control work was deemed essential in Wisconsin. People are effusively thankful for what we’re providing them—opportunities to get out. So, I’m hoping that sort of reaction is happening through other sections of trails in the country. The other half of my time has been indoors doing continuation of some “work stuff” in this transition. Melanie and I have also been going for bicycle rides.

Jaime: I’ve been catching up on some resting, rejuvenating, and work around the house and yard. We got a little camper trailer and were planning to head straight to southern Utah, but then all the shutdowns happened. So we’ve been picking out new local trails to hike or bike near Coeur d’Alene. Andy and I are going to roam around for awhile since we’re pretty much self-contained. Within a year or so we’ll start to sort out some volunteer things that we’ll want to focus on.

Deb: Same thing here. We bought bikes and a camp trailer and we were all set to go on a big retirement extravaganza to California and see the grandkids, but we’ve decided to hang out and hole up for now. All of the classic boat shows Tim and I normally participate in were canceled, so it’s going to be a quiet year for us. But I’ve been busy in all the ways I want to be busy right now. I started digging into my family history and genealogy, and I’ve spent weeks planting flowers and getting the gardens all beautiful again.

Rita: Sean and I retired at the same time, but we recently experienced the death of his father (a great biologist who had been the lead science writer for the National Institutes of Health). Otherwise we’ve been working outside, planting trees, and building a trails system through our wooded area and a 30-foot long Hugelkultur (German for cultured hill) raised bed for strawberries in our orchard. We’ve also been doing webinars for the Potomac Valley Audubon Society on our two-acre meadow about design, maintenance, and native/invasive species.

Rita: I’ve only been the second person in that NPS position after Steve Elkinton. Deb did an excellent job of reviving the National Trails System Council and renewing the MOU. That process was a wonderful learning experience and amazing introduction to the NTS.

Deb: I think the establishment of the BLM’s National Landscape Conservation System made a big difference. I was in the right place at the right time with the right skillset. However, it would have been extremely difficult to do what we did without PNTS and Gary’s steadfast leadership. And I want to thank Jaime and Rita for their incredible support and the information sharing between our agencies, including the lead up to the recent Supreme Court ruling (USFS and Atlantic Coast Pipeline), certainly a career capstone.

Jaime: I feel really fortunate to have worked early on with the NTS Council on coleading the development of the Federal Trail Data Standards. It’s got staying power. Also, each of you have been super wonderful, patient mentors to me for years.

Gary: In addition to reimagining the NTS Council, the National Trail Administrators Roundtable was a really innovative move that you three put together. I also want to commend you all on creatively finding extra money from within your agencies to provide greater support for the 50th anniversary activities and the trail intern grant program. You’re unsung heroes that have made a huge impact throughout the National Trails System. 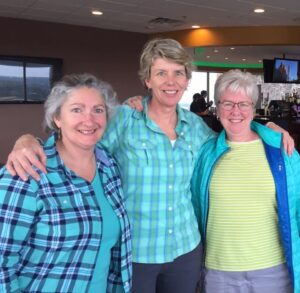 Jaime: We’re all really good friends and partners, we trust each other and have great chemistry, and we are all very fortunate to have worked together on something that we’re super passionate about. I think that we did help make a difference. Of course not just individually, but primarily with the wonderful collection of nonprofit and Federal agency partners.

Rita: I think at every single level of a national trail, there’s always that public-private partnership and multijurisdictional aspect, and to have that modeled at the Washington level I think was very important. I know I could text you all about just about anything; these days about meadows with Gary and Jaime and Deb just as “Trail Buds” (the title of our weekly call).

Deb: You’ve got to have that local, regional, and national perspective, and everybody working together to have the system function as a whole. And our agency leadership knowing that you (PNTS) were there, you cared, and you came back to meet with them cannot be overstated. You have been such a great partner, Gary. We couldn’t have done it without you.

Gary: And I couldn’t have done it without all of you. That’s the magic, I think, that we inspire one another by our creativity, imagination, commitment, and graciousness. It’s been a process of essentially making up the rules of the game as we go along since there wasn’t a handbook or pattern. My biggest regret is I didn’t get more of an opportunity to work with you. So the times we were able to collaborate were really special.

VISION FOR THE NATIONAL TRAILS SYSTEM

Deb: It’s going to be increasingly important for the organizations to have very good relationships with the local land, district, and park managers and other agencies and nonprofits, because I think that will result in good decisions. And I think it’s important that my position is filled full-time.

Jaime: I agree with strengthening the collective partnership and Congressional awareness, especially in these challenging times and with pending LWCF legislation and infrastructure funding for public lands. And I think we need to reimagine the user and support base and foster future citizen stewards who will fulfill the vision of the National Trails System Act.

Rita: Yes, we need to change the paradigm in regards to diversity and inclusion. Another focus should be communications to bring awareness to the cooperative management system and NTS, because I believe the trails are going to be slammed by people walking off the pandemic.

Gary: The big task for the nonprofit side will be having ongoing robust land acquisition programs underway through at least half of the trails and programs to include the people that we need of all aspects of our culture and ages in these efforts to sustain them. The nonprofits can’t do it alone, so it’s got to be a partnership with the Federal agencies, States, and local governments whenever possible to make systemic changes.