Students explore the trails in their classroom and beyond

by Partnership for the National Trails System, adapted from partner news releases and emails 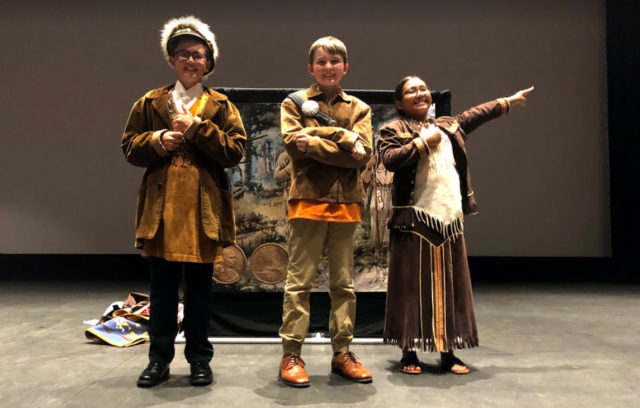 Laie Elementary School students received an award for their play about the Lewis and Clark NHT. (Photo Courtesy LCTHF)

Each year, the Lewis and Clark Trail Heritage Foundation (LCTHF) supports National History Day with two $1,000 prizes in the Junior Division (grades 6-8) and the Senior Division (grades 9-12) that links the annual theme, “Triumph and Tragedy in History,” to the student’s chosen topic as it relates to the story of the Corps of Discovery or the American Indian peoples the Corp met on their journey.

The national contest’s special prize judges awarded one of the LCTHF special prizes to a three-person team from Laie Elementary School, located on the north shore of Oahu, HI, for their Junior Division performance exploring the stories of the triumph and tragedy of York, Captain William Clark’s African-American slave, and Sacagawea, the Corp’s 16-year old Agaiduka Shoshone interpreter. Ambrose Robertson, Naomi Cannon, and Dallin Reece performed their original 10-minute play titled “Sacagawea and York: Triumph and Tragedy on the Lewis and Clark Trail” at the National History Day ceremony in College Park, MD. 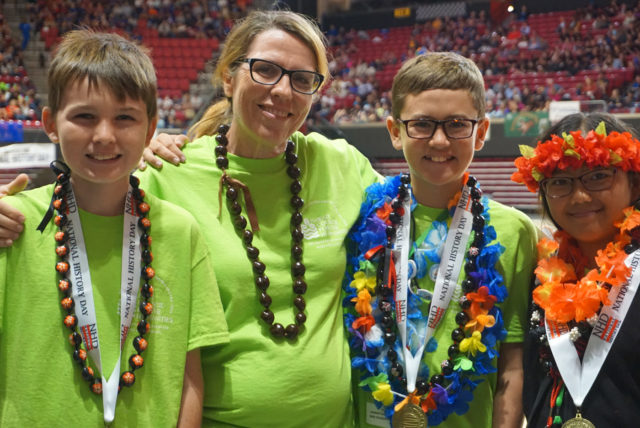 Dallin and Ambrose began researching the story of the Corps of Discovery, including several interviews with eminent scholars. As they moved from research to the development of the story line for their 10-minute play, the two boys invited a classmate, Naomi, to join them as Sacagawea. Their teacher, Colleen Spring, has worked with Laie Elementary School students on History Day projects for almost two decades; and she said Dallin, Ambrose, and Naomi are three of the hardest-working and most empathetic students she has coached in a History Day project.

The island of Oahu is a very long way from the Lewis and Clark National Historic Trail, the stories of the people, and the tribal homelands, and the LCTHF is thrilled these three young students chose the story of York and Sacagawea as examples of Triumph and Tragedy!

To view a video of the students’ performance, click here. 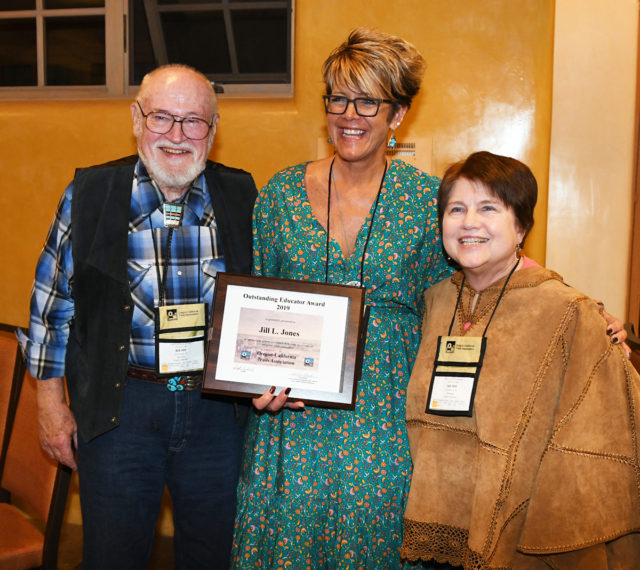 The recipient for the Oregon-California Trails Association’s 2019 Outstanding Educator Award is Jill Jones, who teaches eighth grade U.S. history at the Silver Lake Intermediate School in Oconomowoc, WI. She received a $250 honorarium during the annual convention in Santa Fe, NM in September. Nominations are open to any individual and/or group of educators or institution that contributes significantly to students’ education about the 19th century westward overland migrations in the United States.

Jill’s unit on westward expansion “To Oregon or Bust” used a simulation of traveling the Oregon National Historic Trail, and at the end each student “pioneer” created a presentation, video, or short story about their experiences making the time period come alive with facts and figures that would be authentic to that era.